Creative people often have the most interesting journeys. Before getting accepted into FIDM in 2015, Costume Designer and FIDM Alumna Lee Diemer spent time building radiators at a car parts factory, working as a laborer at a local horse farm, and digging graves at the cemetery. Her life experience adds to the wellspring of inspiration from which to draw for her work as a costume designer. At FIDM, Lee was mentored by Film & TV Costume Design Program Director Jacqueline Saint Anne in designing short films with AFI. She has since built an impressive resume and continues to work with AFI producers and directors to this day. We caught up with her to find out more about her journey.

Tell us your industry story--your path to FIDM, and some of the highlights of your career so far? My childhood was spent creating with absolutely anything I could get my hands on, and from a young age I always knew that I wanted to make a living artistically. I remember the moment that I was looking through some concept art books and saw a few beautiful costume sketches from designer Penny Rose, and I learned that costume design was a job! It was the perfect unification of my love of both design and film, so I immediately started learning to sew on a second-hand sewing machine and decided that costume design would be my goal. I began my career in Toronto, Canada after attending Humber College, working mostly as a visual merchandiser and editorial art director, but I never stopped working toward breaking into costume design.

I decided moving out to Los Angeles would be the best way to start working in the industry and discovered FIDM had a Film & TV Costume Design program that was exactly what I was looking for. I moved back to my small hometown where I worked as much as I could to save up for the move and pay off my current student loans at several jobs around town, including building radiators at a car part factory, a laborer at a local horse farm, and at the cemetery digging graves until I was accepted to FIDM in 2015.

At FIDM I first received an A.A. in Merchandise Product Development and then completed the Advanced specialization in Film & TV Costume Design. I cannot say enough good things about the program director for Film & TV Costume Design, Jacqueline Saint Anne. She is a fantastic mentor and with her advice and encouragement I was able to begin designing short films with the American Film Institute. I absolutely loved the experience of finally working in my dream job as a costume designer and I am still working with some of the fantastic producers and directors from AFI to this day. 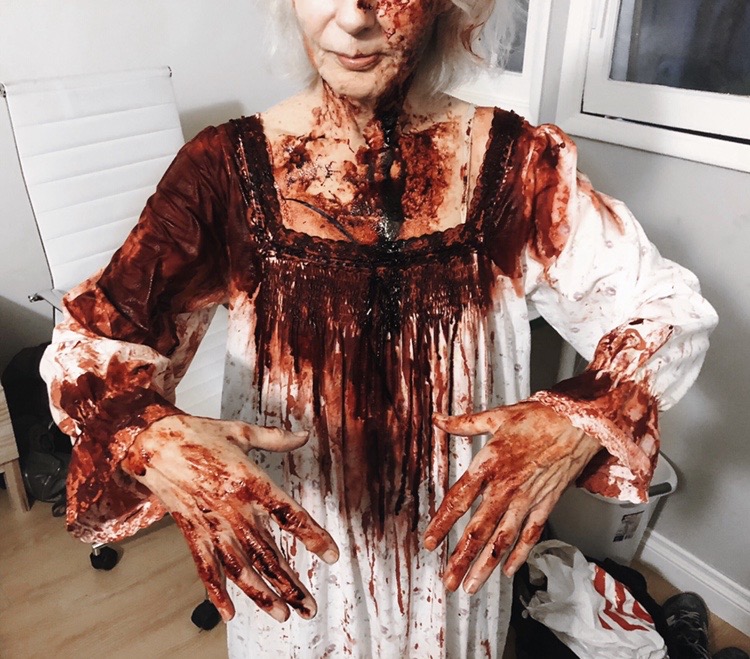 [Photo | Film, Whispers In The Dark] 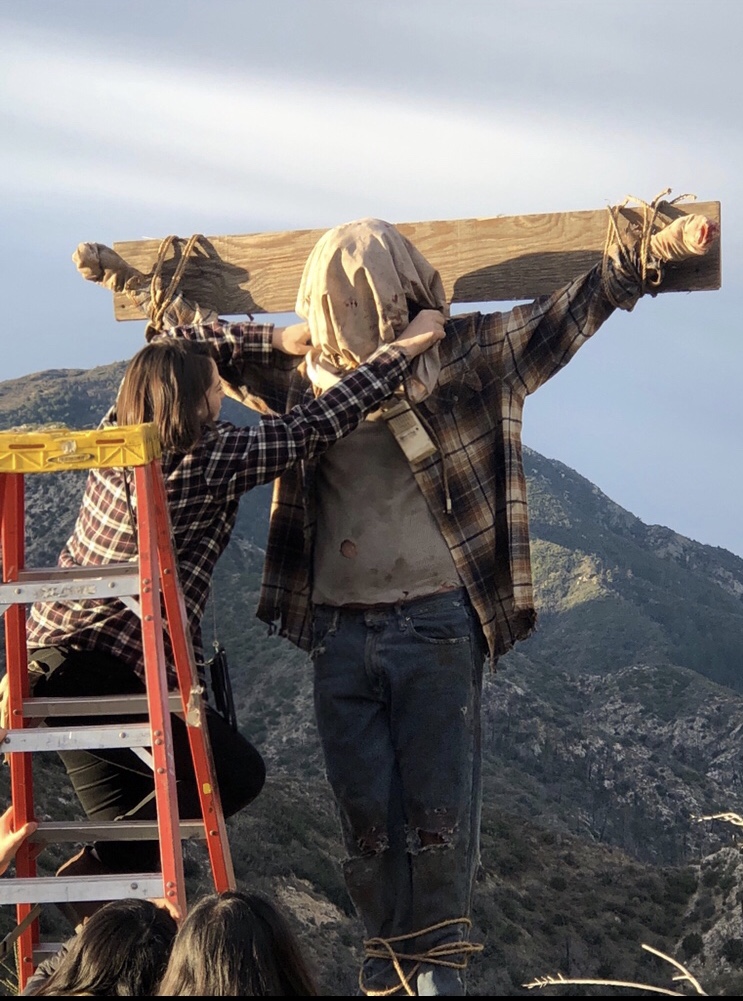 After graduation, I’ve continued to design for film and theatre while maintaining a part time position as a stylist and occasional seamstress at a costume house. I’ve made sure to sustain my industry connections from my time at FIDM and was thrilled to be offered work in the costume department on a few big-name films and Netflix productions. Working and learning from highly experienced designers, such as Lou Eyrich and Daniel Orlandi, on these productions was exciting, eye opening, and the costuming experience that I had come out to LA for. It has been about five years now since I moved to LA, and I am so grateful for a career that I love and the network of wonderful, weird, and creative people I’ve had the pleasure of surrounding myself with!

What are you doing to stay inspired during these challenging times? Rediscovering creative outlets such as painting, music and cooking that I have always loved but normally don’t have much time to focus on has been the best distraction. The outpouring of love and creativity that I have seen through social media from friends has also been a very beautiful silver lining to this extremely challenging time we are all experiencing.

Where are you spending your quarantine? I was in the process of renewing my work visa when the pandemic began, so I chose to return to Canada to help with family and be able to more efficiently restart my visa when the borders and workforce open back up. I am fortunate to have a close-knit group of friends in LA that I cannot wait to see in person again, but I am very grateful for the time to reconnect with family that I am sheltering with here in Canada!

How are you showing up for your community, your career, and yourself right now? Going from working full time as a freelance designer in LA one day to temporarily unemployed in my tiny Canadian hometown living out a suitcase the next was a pretty big shock, as I know it has been for many of us facing big lifestyle and routine changes during this time. Career wise, like most freelancers, my productions have all been suspended, so I have been doing anything I can online such as finally upgrading my website. I’ve also been trying to stay connected with friends and family digitally as much as possible. Taking this time to reach out to loved ones is the best thing we can do for our own mental health and for others. I feel appreciative that this is happening in a time where we can create online versions of things that we would normally do in person such as group trivia game nights on Zoom or Facetime brunch with the girls. Practicing self-care, staying active at home and supporting one another however possible has been priority—we are all in this together!

What brands are inspiring you right now, in terms of their response to the needs of the world during this pandemic? Overall the most affected brands will be local businesses, independently owned shops and freelancers. I have been incredibly inspired by my fellow independent designers who are also out of work and finding ways to use their skills to support the community. Many designers have been sewing masks out of any suitable fabric and elastic they have on hand in order to donate to those in need and sell to others who can afford it in order to support themselves. Others have created the most amazing creative outlets such as ‘stay at home film festivals’ where people can submit short films that they have made from home with whatever and whoever they have in their homes. In general, I have been very impressed with the ways small businesses and independent workers have adjusted to serving their communities and the increased patronage and support for them will hopefully continue even after the pandemic.

What are your fondest memories of your FIDM experience? Meeting the six insanely talented and supportive girls in my Film & TV Costume Design class was an absolute highlight. It is only a nine-month program, but we all worked as an amazing team and navigating the beginning of our individual design careers together was so much fun. It’s been inspiring and remarkable seeing where they have taken their careers since graduation and watching them grow as designers.

What are you most looking forward to once the pandemic is over? I’m sure I am not alone when I say getting to see friends, family, and pets after months of separation will absolutely be the best part of the end of the pandemic! 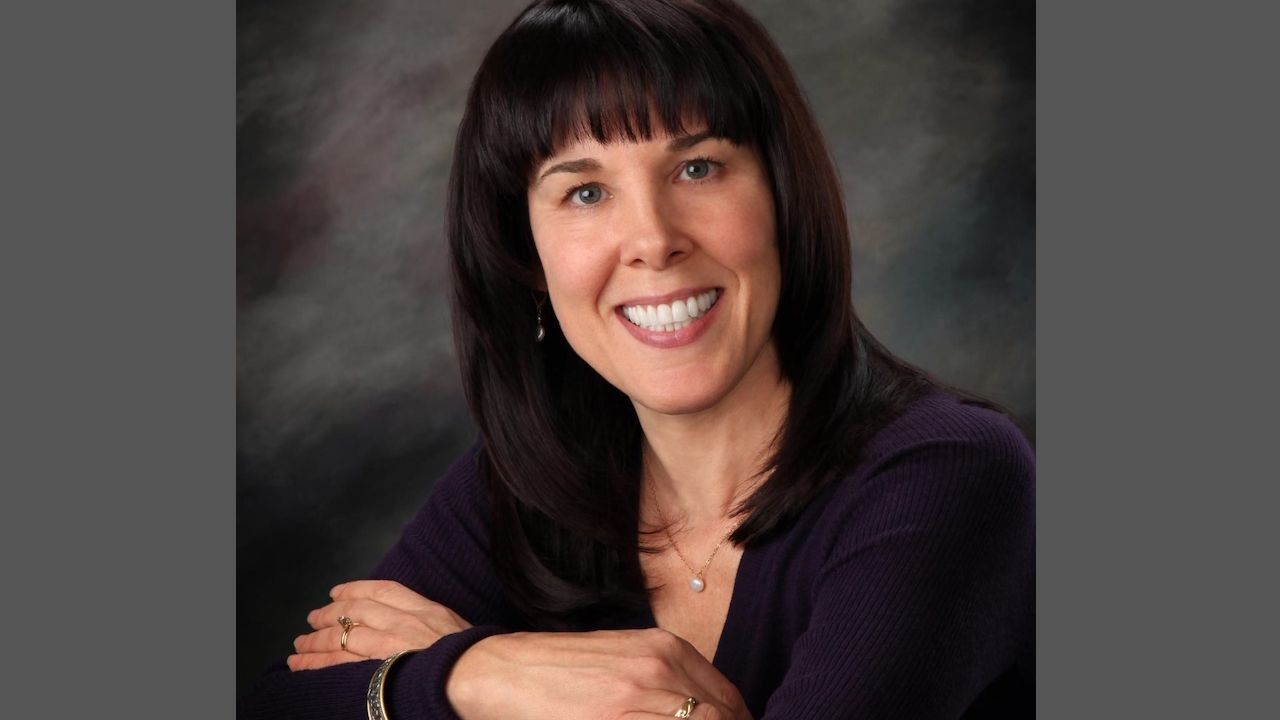 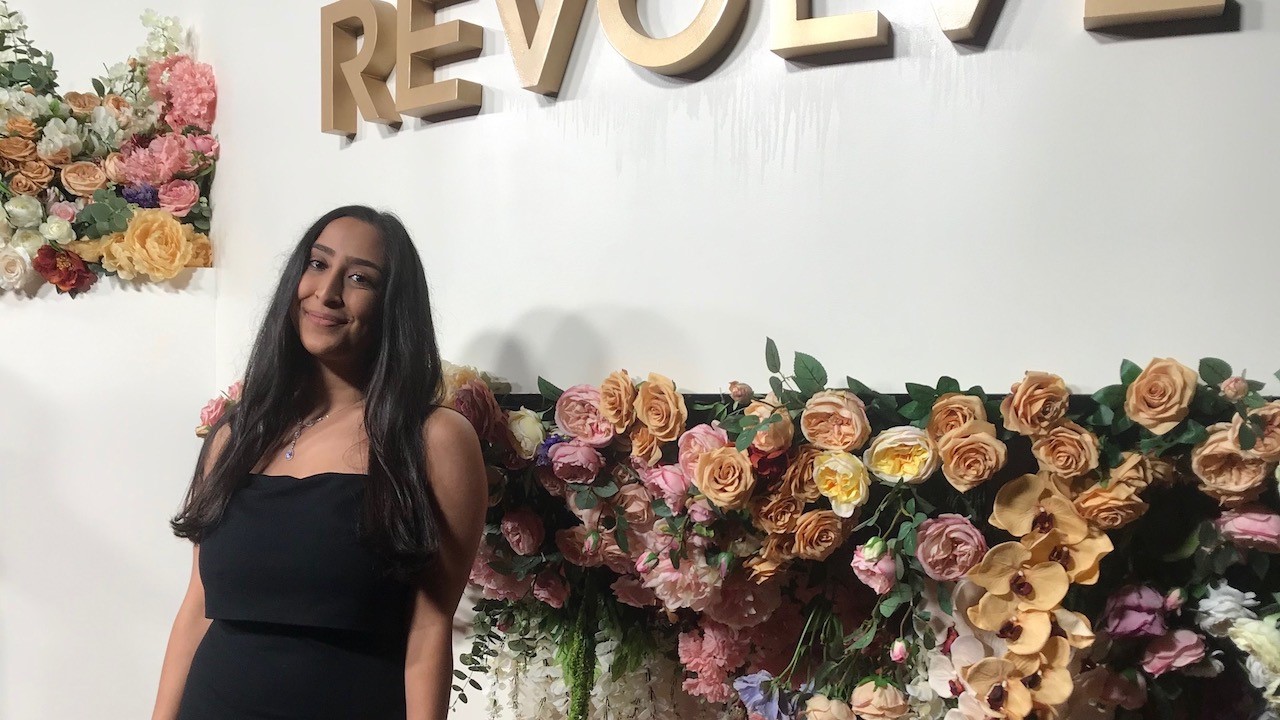 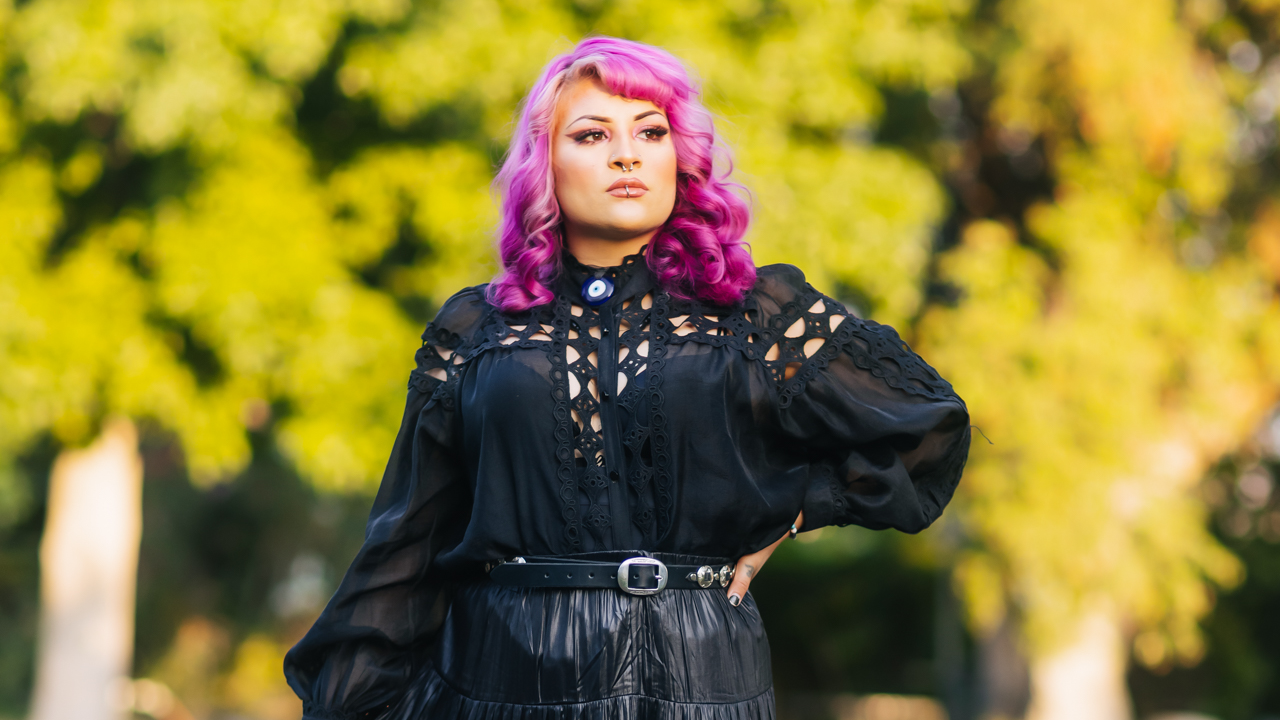 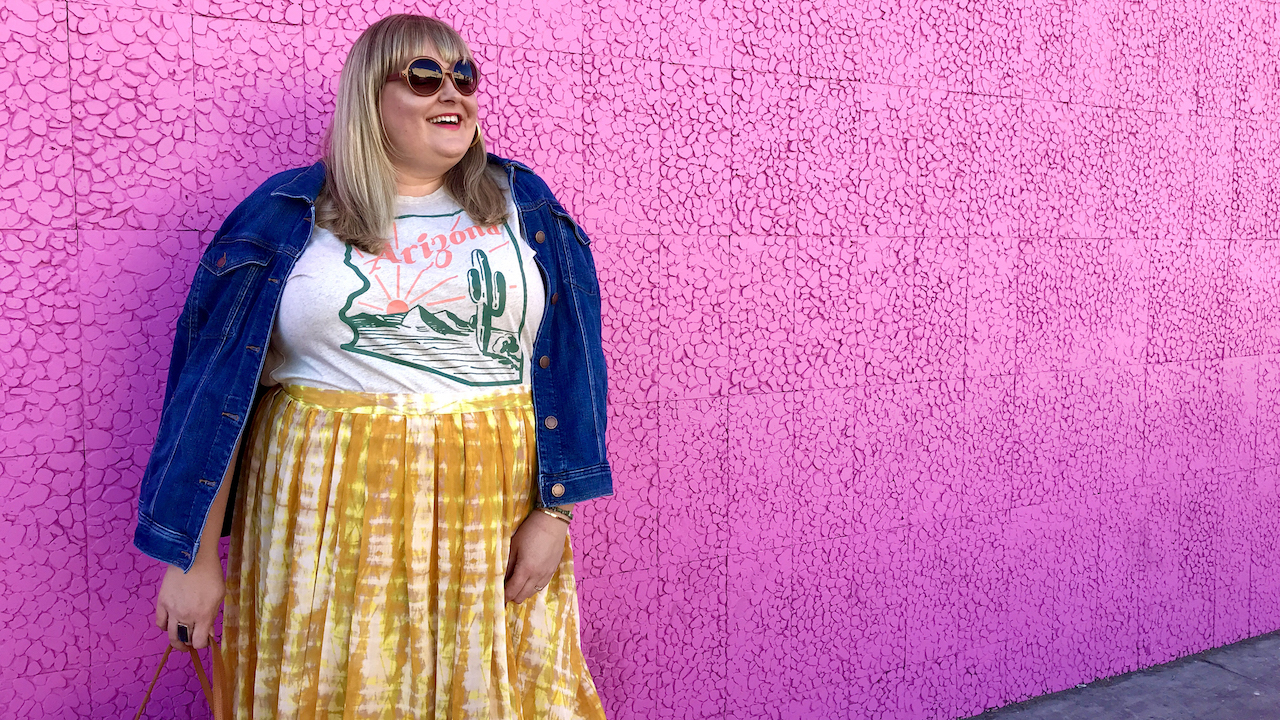