Originally from S. Korea, Daniel S. Lim earned his A.A. Degree in Fashion Design, his B.A. in Design, and most recently graduated from the Advanced Study Theatre Costume Design Program where he designed costumes for the Italian opera, Turandot, for the DEBUT Runway Show. His passion for costume design started when he was five years old when he saw the ballet Coppélia. We caught up with him to learn about his design process, inspiration, and career goals.

Why did you choose FIDM? I was accepted by a few other schools such as AAU, Drexel University, and Miami University, but FIDM and AAU were the only schools that I applied for the fashion major. And I had more passion about fashion than other majors that I applied for, so I went to each school to do the tour. And I thought FIDM has more opportunities and potential and decided to choose FIDM. 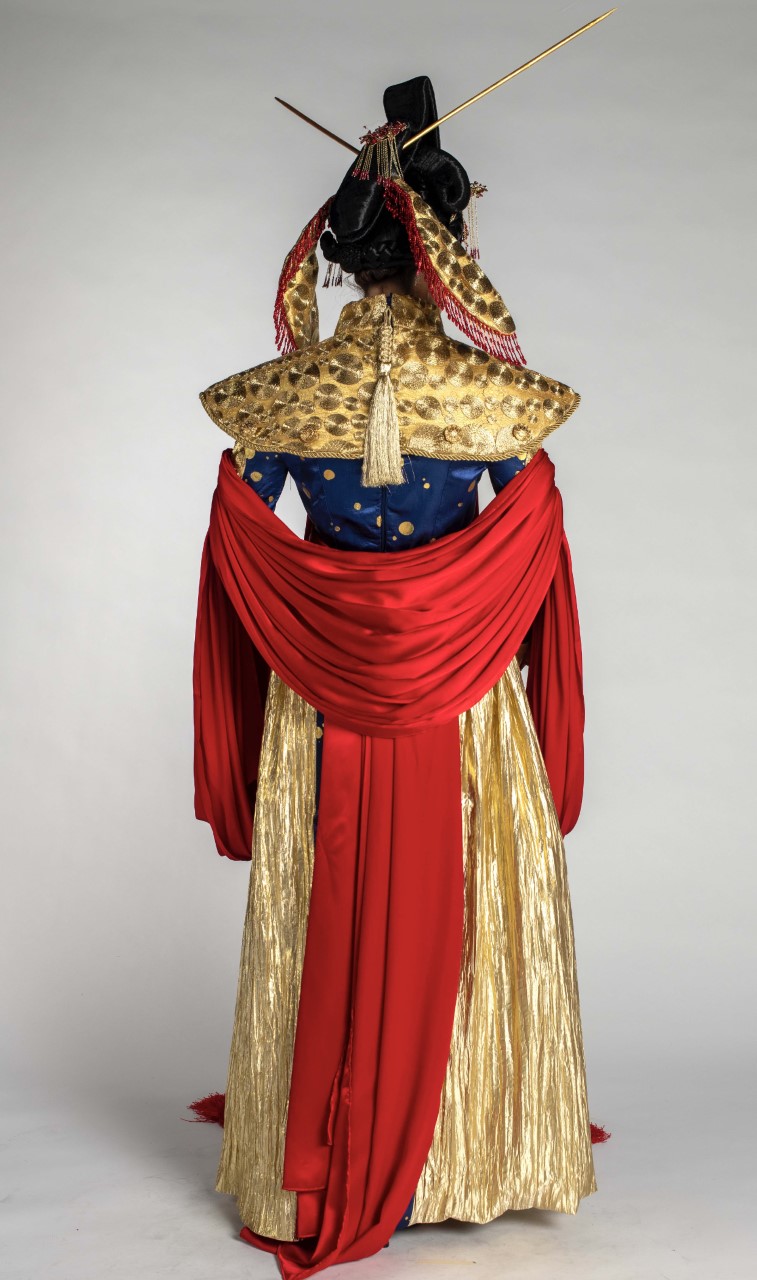 The opera Turandot is combined with 12th century Chinese, Tatar, and Persian culture. The setting of the opera is placed in China, but the princess's name, Turandot, is a Persian name and the model of her is Mongolian princess, Khutulun. So it is a very multicultural opera composed by an Italian. 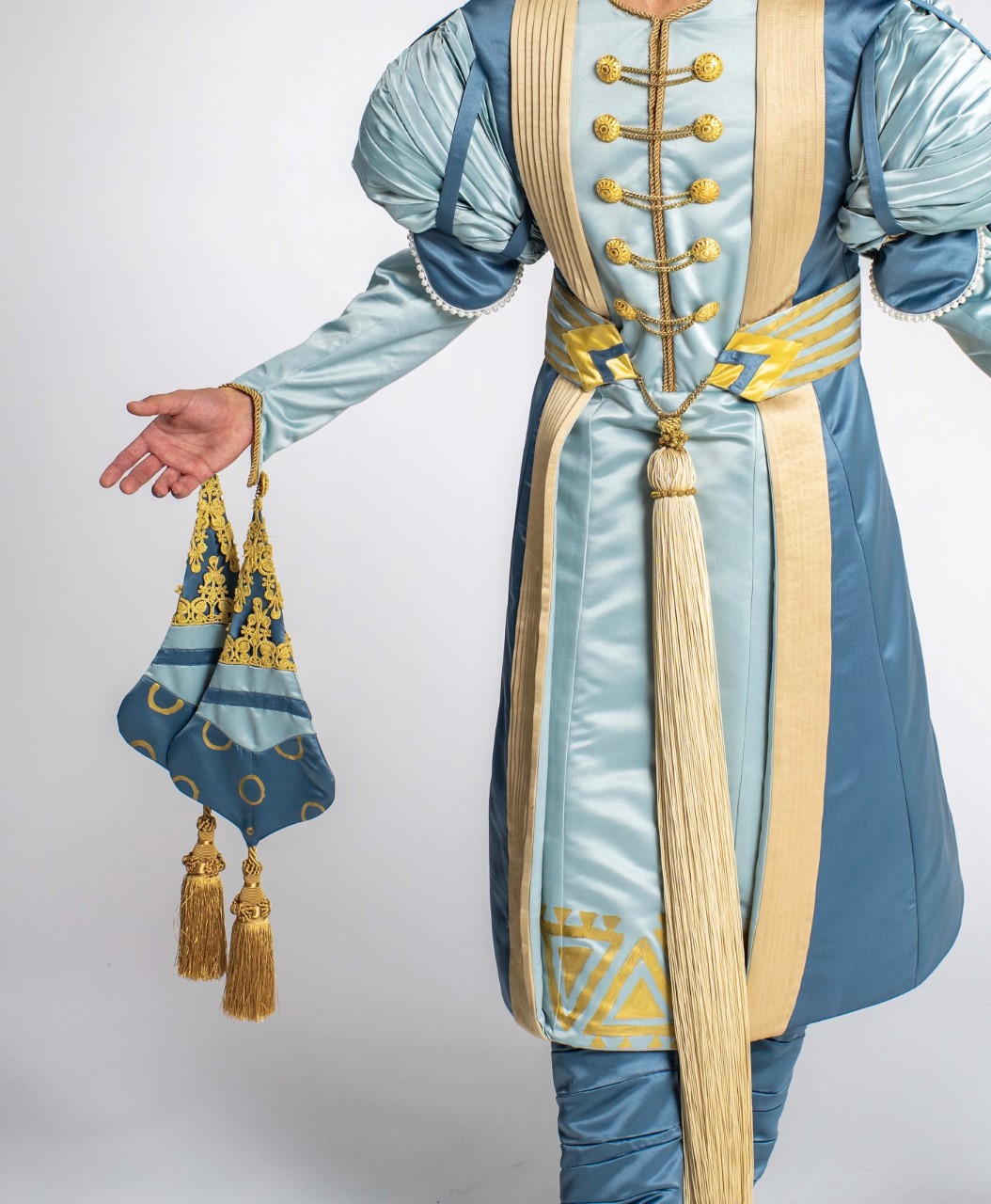 Overall, the key colours of my costumes are red, blue, and gold. For Chinese, red means happiness and gold means royal. But in western culture, red means violence and blood. So I used lots of red to incorporate both meanings into my costumes. I also used lots of gold circles, tassels, long drapes, and other Erte-inspired elements, such as folded hems and one costume for many people. It was a very challenging project, but at the same time very exciting because we had to combine things that are very different from one another.

Turandot is a very cruel, powerful woman. She announced she will marry whoever solves three riddles. But if they fail, she will kill them. To show her cruelty and power, I designed long red gathered pieces that attach from her chest to her wrists to make them look like blood flowing out of her. And I didn't want it to look too Chinese or Asian, so I tried to avoid typical Asian silhouettes. Also since I had to add Erte elements, I used lots of circles and tassels with dramatic drapes that Erte frequently used. To show her power, I added lots of gold and I also designed her cuffs into dragon heads, which was reserved for royalty in China and other Asian countries.

Turandot's handmaids are also covered in red drapes and gold circles. Since they are serving Turandot from a very close distance they must be very highly ranked servants and see what she does. And since they are serving her very closely I also used red blood-like drapes that are flowing from inside to show Turandot's cruelty and the handmaid's guilt that they can do nothing for the victims. I designed their costumes more narrow and hard to move in, in order to show their limited freedom and will that they just have to follow where Turandot goes or do whatever she orders them to do.

Prince of Persia is the only character from Persia. So I wanted him to stand out, even though he appears for a very short time. He is a brave, young and bold prince who accepts his fate. So I designed him to be very elegant and bold, but I used very dusty faded colours, such as white gold, very light turquoise colours to show that he is going to pass away, a light that is going to fade away. With him too, I used lots of Erte elements—tassels, coiled pleated drapes, and folded hem. 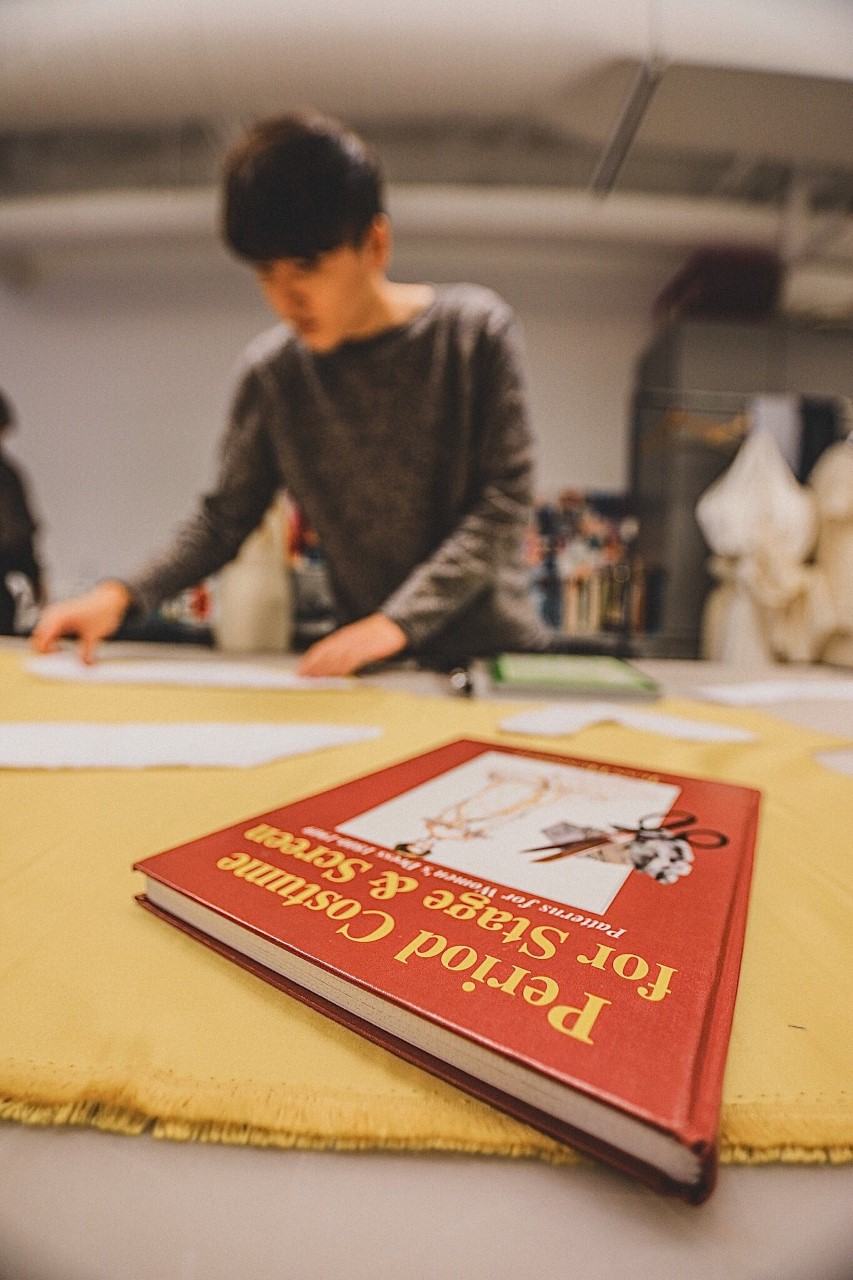 Tell us about your design process for this project -- the research you did and what inspired you: First of all, I went to the FIDM Library for research. And after that I went through tons of websites and scholastic articles to do more research. For Erte's inspirations I looked through many illustration books of his works. It was very interesting and fun to see the differences between his sketch and the real garment. From his sketch the figure is very elongated, so the garment looks very long and has lots of details, but some changes, such as fewer details or changing of shape were made into the real garments to fit the real human's body. Just like that, because of reality, your actual garment can't always be 100% accurate to your sketch. I used to think my final garment must be 100% accurate to my sketch, but that mindset has changed after I saw his sketches and garments. Sometimes you have to change your design and sometimes it won't be 100% accurate to your sketch and it's not the wrong thing to do. And this really inspired me to think more deeply and have a more flexible mindset. 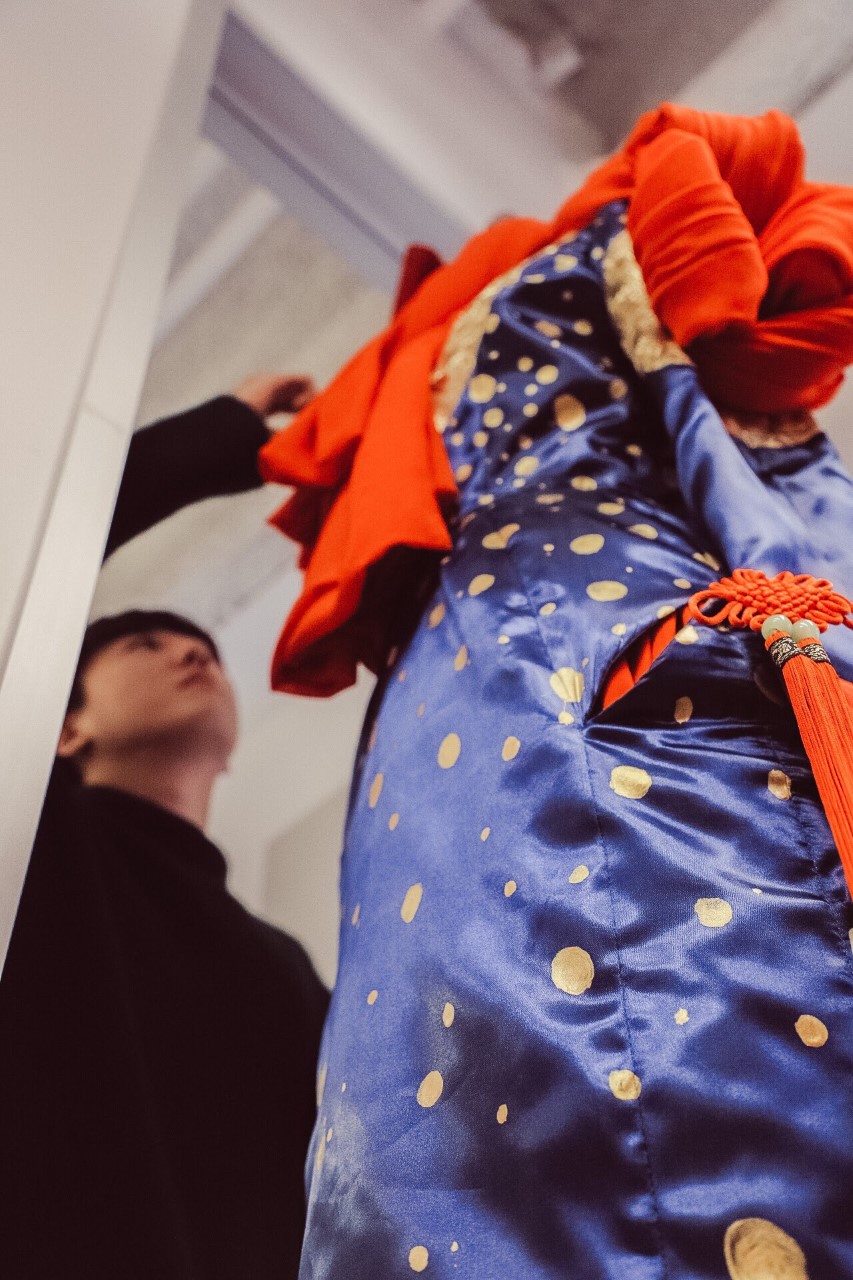 What was the most challenging part of the process? Each costume had so many challenges, but I want to say a long cape that is attached to Turandot and her handmaids. It was a very long piece and had to be reversible. And the handmaids had to be covered in a cocoon-like part. There were so many things to consider; how to make the shape, how the dancer/model will wear it. How the zipper is going to work and so many things. I had to discuss it with all of my instructors so many times to figure out how to accomplish the design. And all that hard work was worth it. So many good ideas came out and it worked. 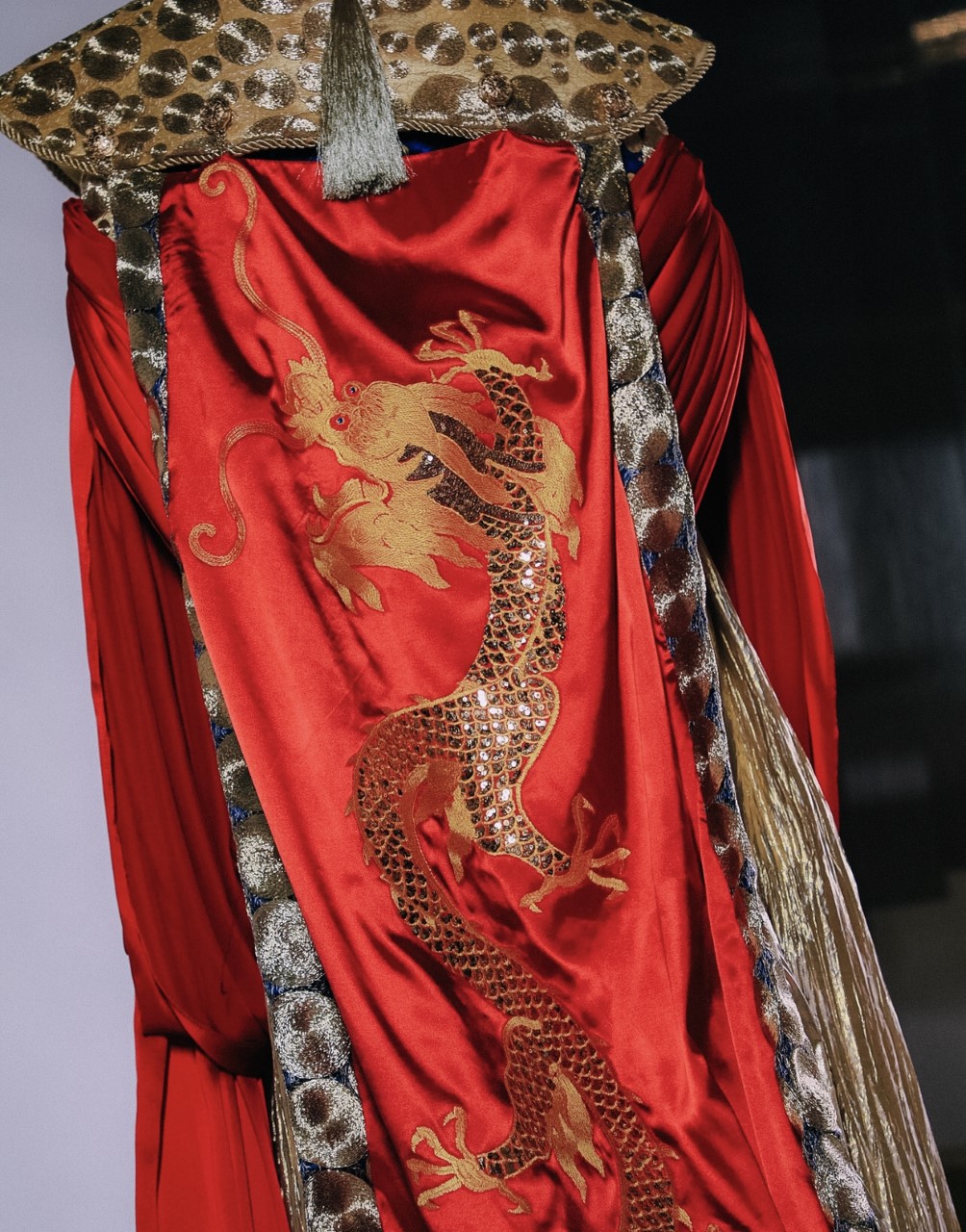 What is your favorite costume or design detail? It's really hard to choose. I spent so much time and effort to design them and make them. SO I'd rather talk about my favourite design detail. Actually there are so many details that I love, but... I want to say 'flow/continuity'. If you see the costumes everything flows continuously. The red blood-like gathered drape flows from Turandot's chest to her wrist. The big long red tassel also looks like it is flowing from her chest. For the handmaid, the red blood-like gathered drape flows from their chest to their arms and under their dress to their feet. Prince of Persia has this coiled pleated sleeve detail that shows his complicated mind. I really wanted to express each character's feelings through this detail. Turandot's cruelty, handmaid's guilt and Prince of Persia's tangled emotion and thoughts. 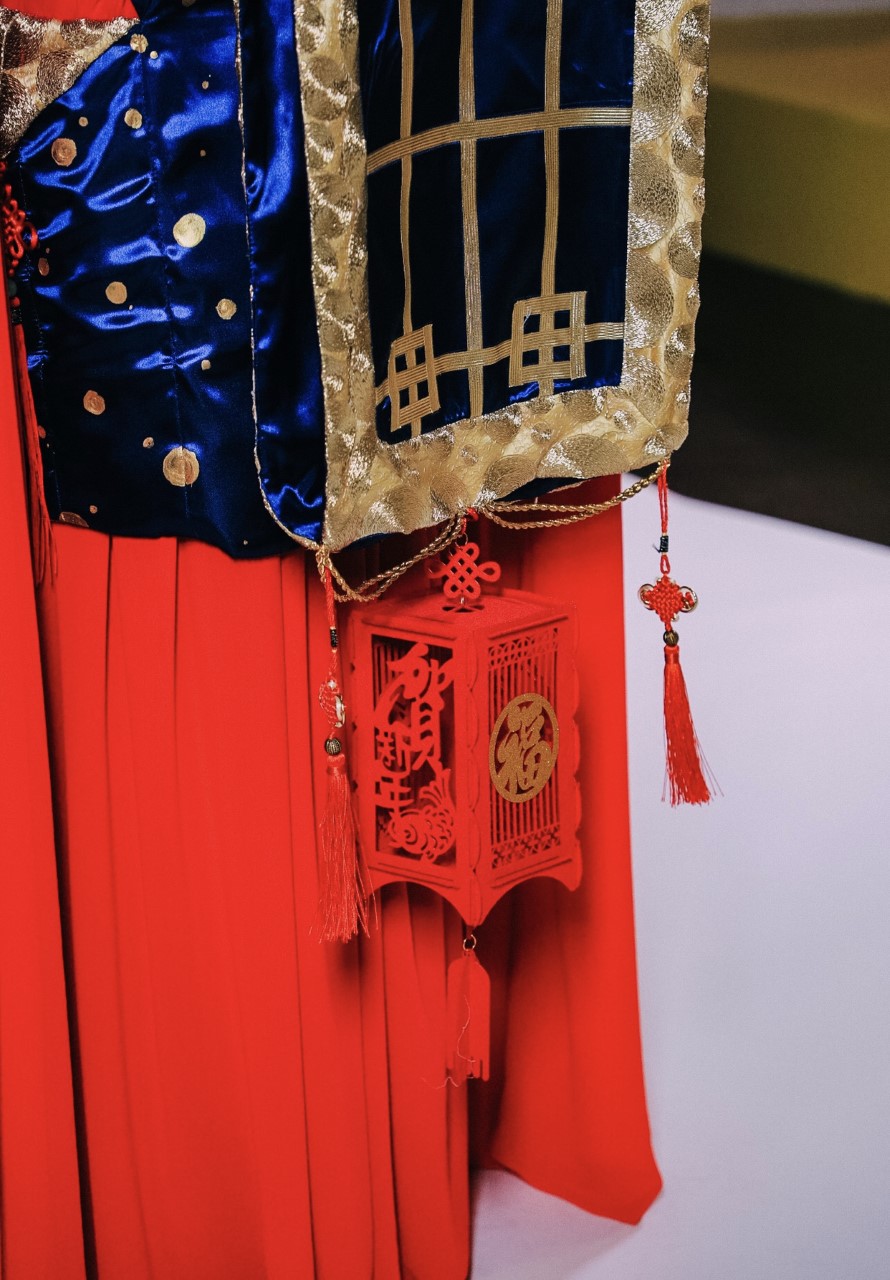 How is FIDM helping you get closer to your career goals? The instructors are so eager to help you with the knowledge, skills and information that you want to know. They keep pushing you with new challenges to make you break through your limits. I did so many assignments and projects that were very challenging and concepts that I would've never imagined. It was very interesting and kept me to stay passionate and excited. I was always excited to see what my next week's project was going to be. And those things really helped me to accomplish one of my goals, finishing my final costumes and getting closer to my future goals. 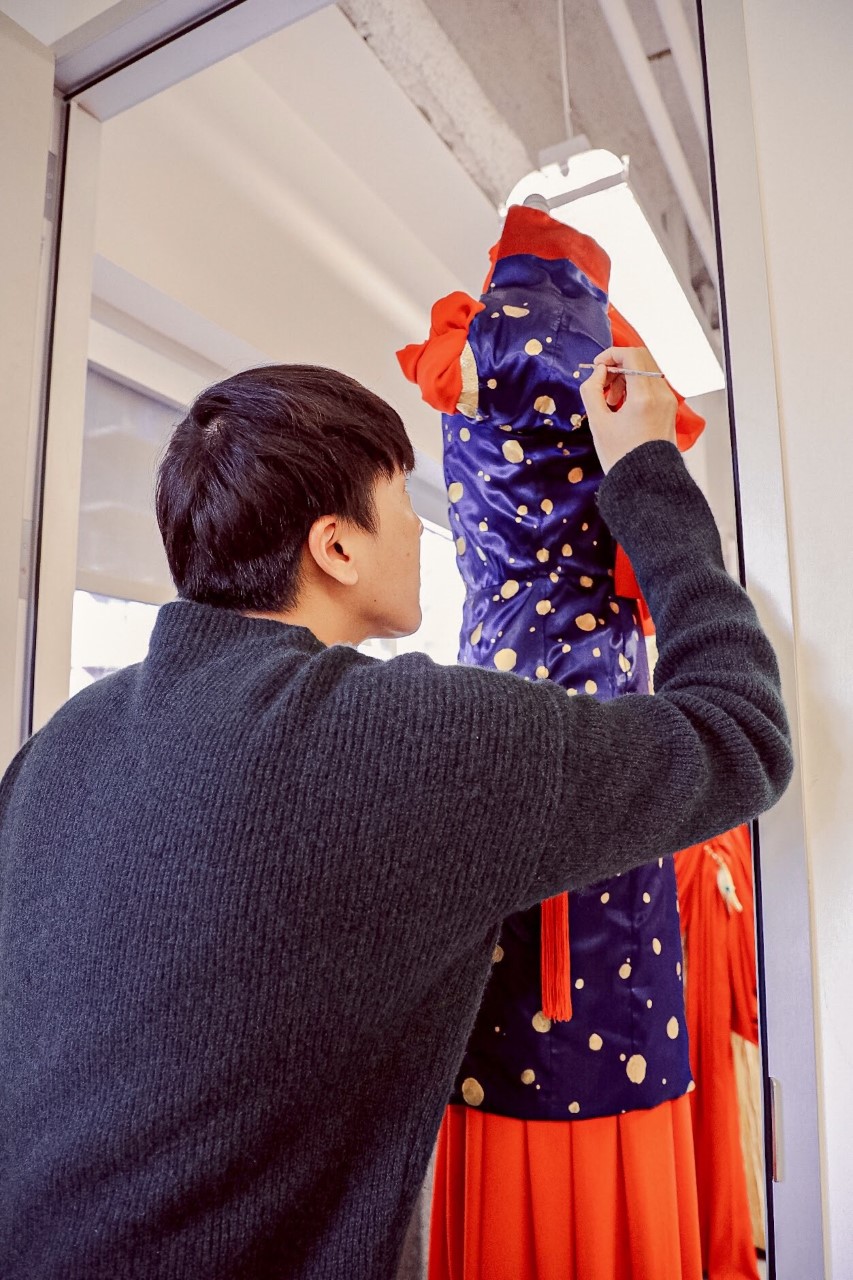 No one could have imagined this global pandemic, and how it would affect our community. How are you supporting your fellow classmate designers or comforting yourself during this difficult time? We still occasionally contact each other, but I contact my instructors too. Just make sure how they are doing and see their work. I have been drawing some illustrations and looking through images to keep growing my aesthetic. I think it is crucial to keep updating your aesthetic through photos, music, movies and so many other things to keep you creative and motivated. I also have been watching lots of images of costumes from different shows and ballet companies and also lots of vintage photos of periodic costumes. By doing these things, I can stay motivated and passionate, not depressed or overwhelmed.

What creative projects are you working on right now? I have been drawing lots of angels. Since I love religious paintings, I love to draw angels, but not in a beautiful way. I really love to combine eeriness with gracefulness. It gives that sublime feeling; the awe and holiness, but with fear. I personally think angels might look rather scary than beautiful, and I think that's why the angels from the Bible say don't be afraid. And the Bible also described them in many ways. So I have been drawing lots of different angels that fits my aesthetic. They are both grotesque and graceful. Sometimes they are more grotesque and sometimes they are more beautiful.

What advice do you have for someone thinking about applying to FIDM's Theatre Costume Design program? Do tons of research. Collect images, books, videos, historical or modern things that inspires you. The more research you do, the more variety of designs you can create. And make your own design philosophy. I put together and trimmed my design philosophy when I was in my B.A. Degree, and it really helped me a lot to know what I want and how I want to develop my designs and how I am going to express my ideas.

What is your biggest goal right now? Right now, Working for a ballet company in Korea is my goal. Due to this pandemic, there are very limited options, but after this is gone, my ultimate goal would be Australian Ballet, where I first saw their Coppélia ballet VHS when I was 5—that's when my passion for costumes started.

Anything else you’d like to share? Put your face covering on and keep social distance. Please be safe and healthy. 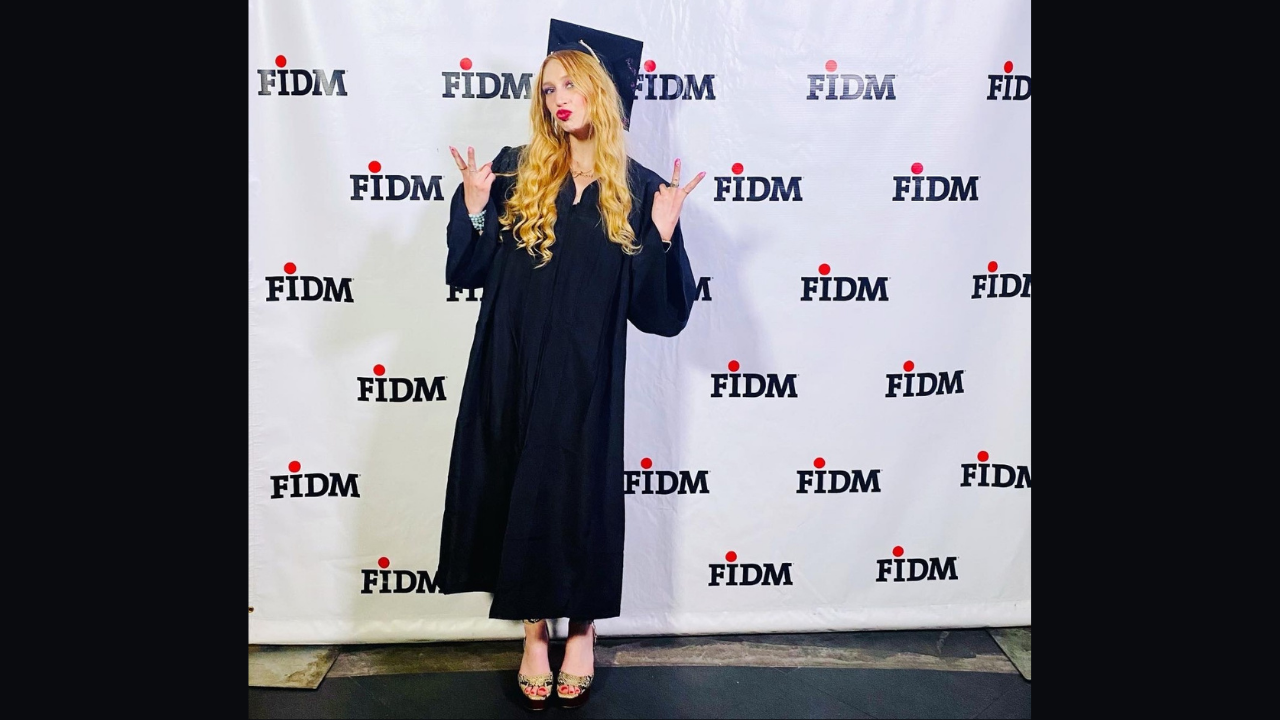 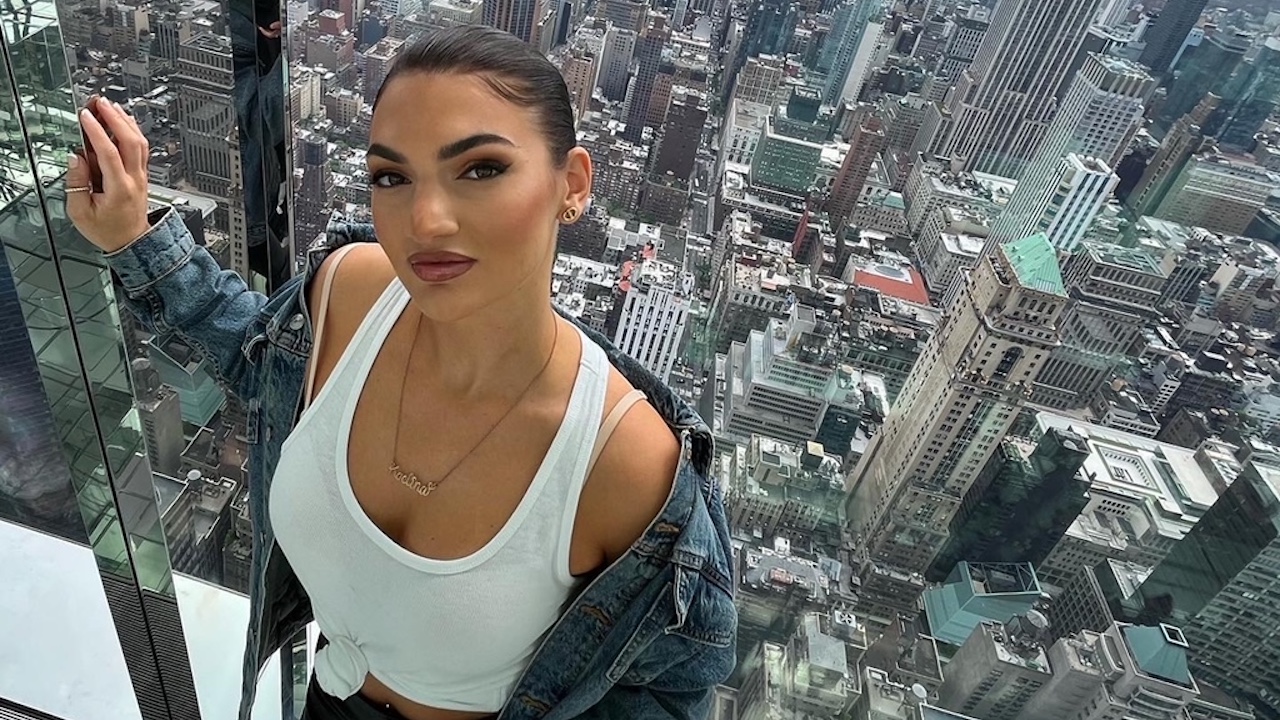