Hailey Norsworthy earned her A.A. Degree in Fashion Design from FIDM before pursuing Theatre Costume Design. She is currently working on her Bachelor’s degree, and just graduated from the Advanced Study Theatre Costume Design Program where she designed costumes for the Italian opera, Turandot, for the DEBUT Runway Show. We caught up with her to learn about her design process, inspiration, and career goals.

Why did you choose FIDM? I chose FIDM because when I learned about it I knew that it was the place for me and I didn't want to go anywhere else. I knew I would get the education that I wanted/needed for the career that I’m choosing. Before learning about FIDM I was looking at a community college near my hometown and almost went there. But, a representative from FIDM came to my school and spoke about the college, and I decided right then I was going to go there. So my junior year I applied and I got accepted. 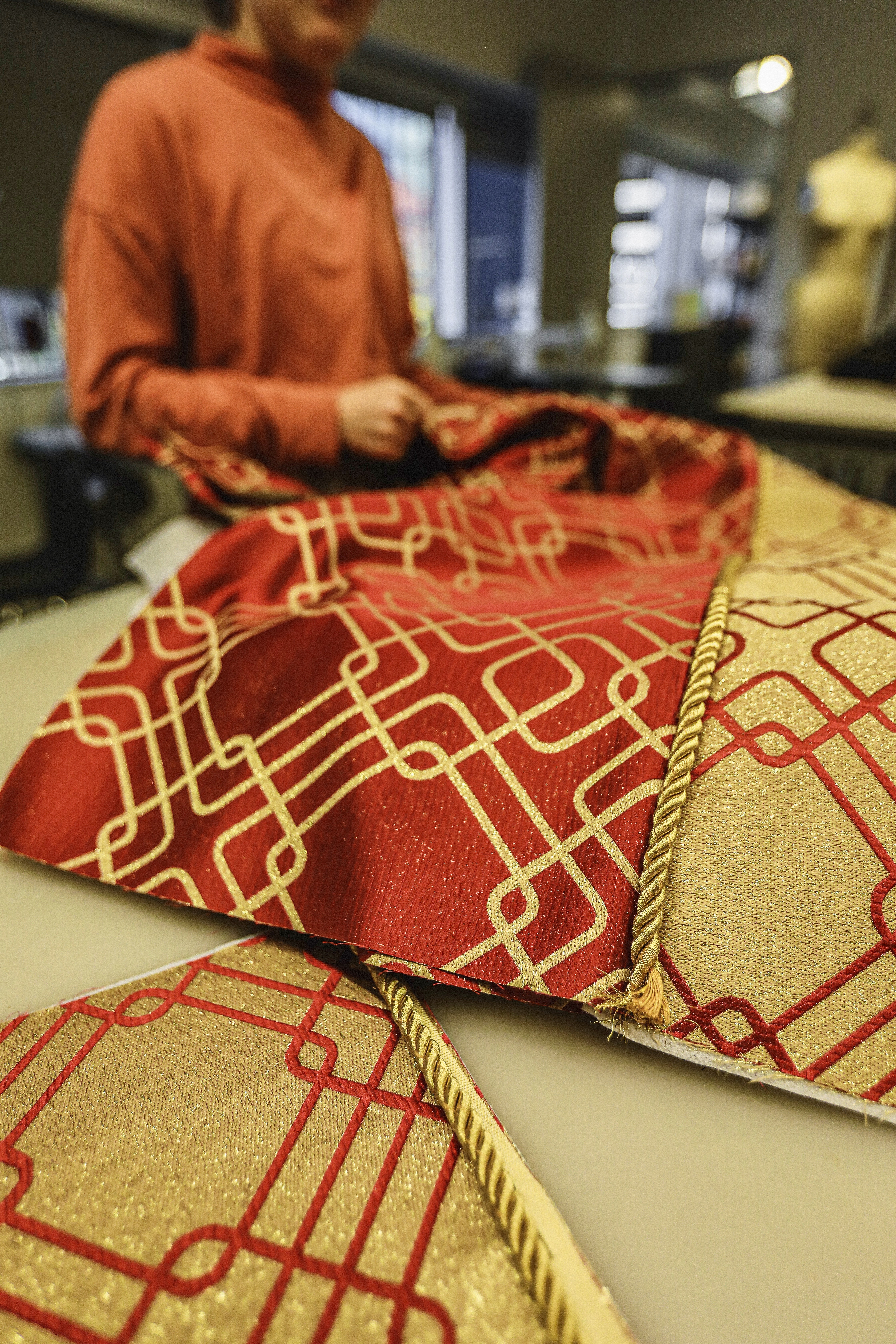 I started my journey at FIDM thinking I was just going to get my A.A. in Fashion Design. I never thought I would design costumes for DEBUT. I'm really excited for it because I found so much joy in costuming and theater. 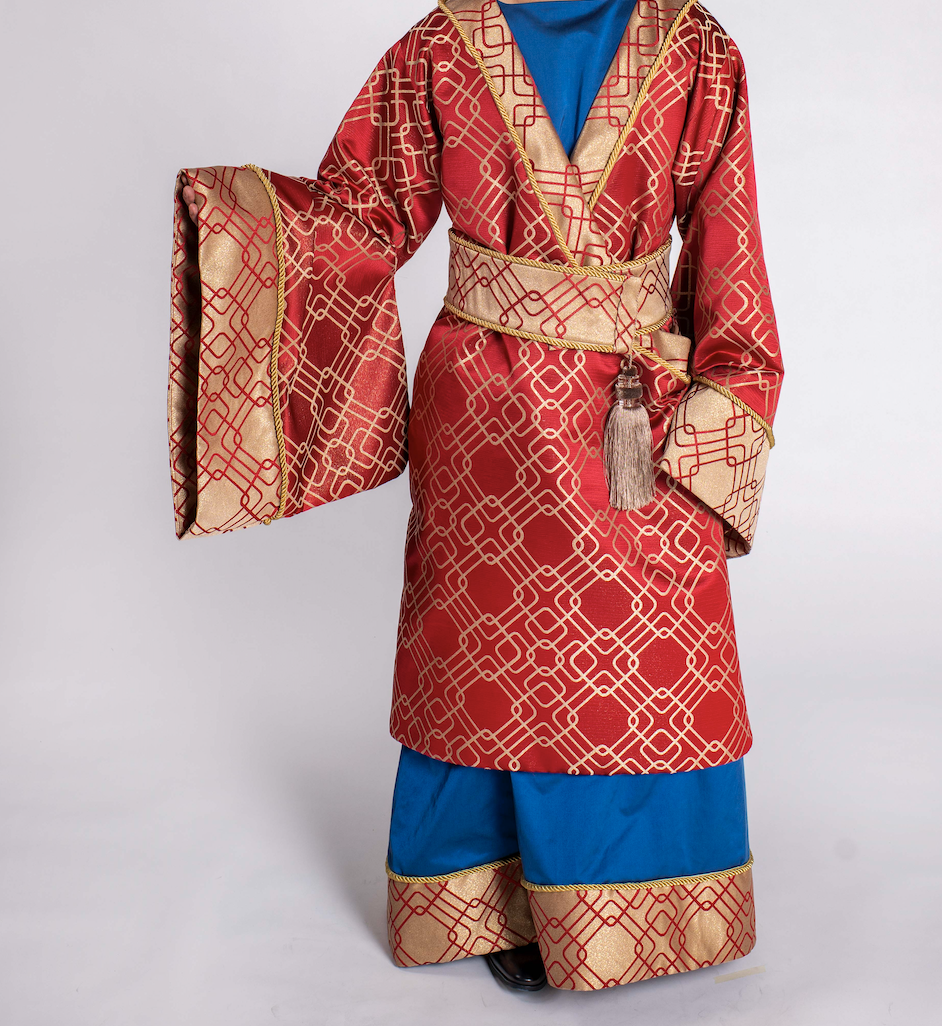 Describe your DEBUT costume designs created for Turandot: I designed for the characters Timur, the deposed king of Tartary, Liu, the slave girl, an imperial guard, and Ping, the lord chancellor. Timur: I decided to make him look like he had been traveling for many years with his robes all dirtied and matted.

Liu: I decided to use fabric that looked like she could work in them with more neutral colors. The edges of the costume I left unfinished to make it look like the hem fell out, as if she’d had the garment for many years.

Ping: I went for a more royal look because he is part of Turandot’s court and he was at a higher ranking than some of the other characters. I wanted to add a comedic element to his costume so I added a long feather to the top of his hat.

Imperial Guard: For my guard I wanted to make him look like he was someone who could fight when he was needed to. The vest is quilted and he has many armor pieces to show that he was a guard for Turandot. I put gold around the entire vest, and also a gold dragon on his chest. Tell us about your design process, the research, and what inspired you: I did a lot of research on the time that Turandot is set in, which is 12th-century China. I also did some research on Persian clothing from the 12th century, because there are many different influences in the opera itself. I took inspiration from art deco—geometric shapes and the intricate yet simple designs.
What was the most challenging part of the process: The most challenging part for me was getting the idea that I had in my mind for the costume down on paper. I'm not very good at sketching so I struggled with that part.

What is your favorite costume (or favorite design detail)? I don't think I could pick a favorite because I put so much of myself in each one and they all have details that I love. I love how they are simple designs but they convey a science of extravagance and complexity.

How is FIDM helping you get closer to your career goals? I have learned so much from FIDM that has helped me. Without the encouragement of my teachers and the help of the FIDM Career Center I wouldn't have the opportunities that I have.

No one could have imagined this global pandemic, and how it would affect our community. How are you supporting your fellow classmate designers or comforting yourself during this difficult time? Right now I'm not in California. I decided to go back home to Texas so I could be near my family. I still keep in touch with all my friends from FIDM and I'm in online classes for my Bachelor’s degree.

What creative projects are you working on right now? I'm actually working on a wedding dress for a coworker of my mom.

What advice do you have for someone thinking about applying to FIDM's Theatre Costume Design program? If it's your passion then go for it, just know that there is a lot of work that goes into costume making, but it’s all worth it and you'll have an amazing time.

What is your biggest goal right now? My biggest goal right now is to graduate with my B.A. and start a custom costume business.
Anything else you’d like to share? Just a few quotes that I've learned that have helped me throughout my life and time at FIDM:
Make it happen. Make it work.
Be yourself because everyone else is already taken. 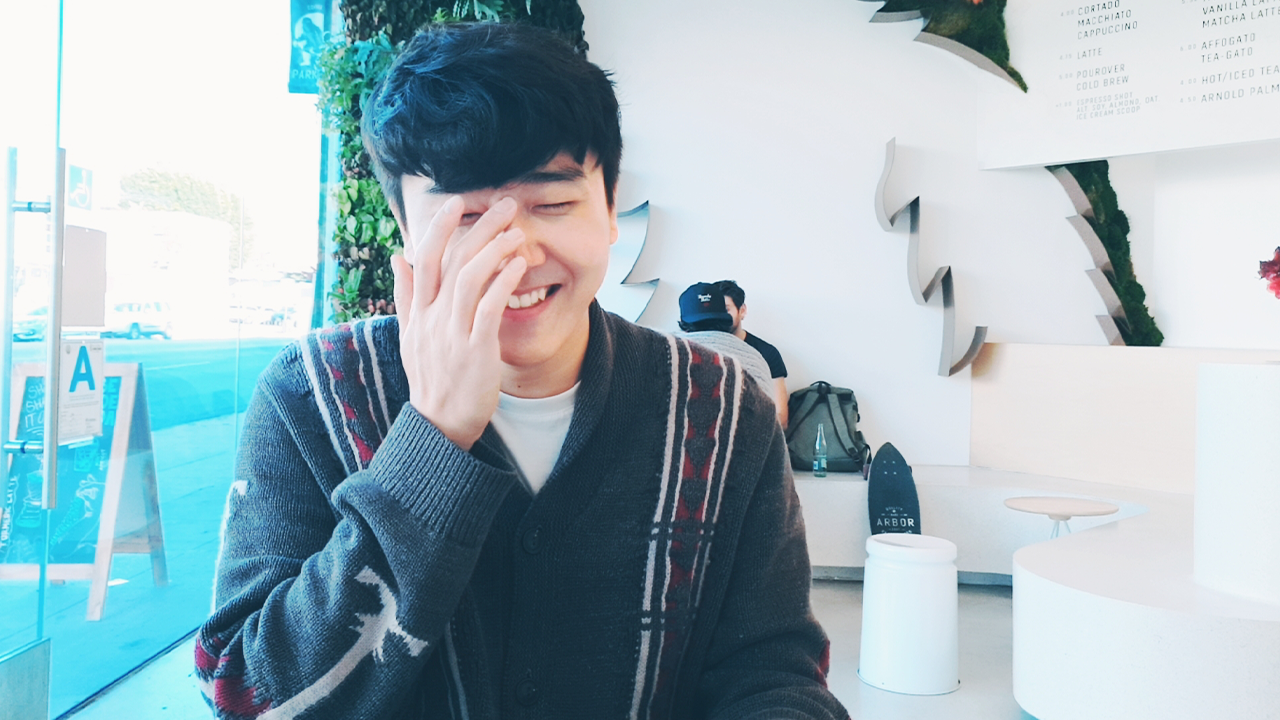 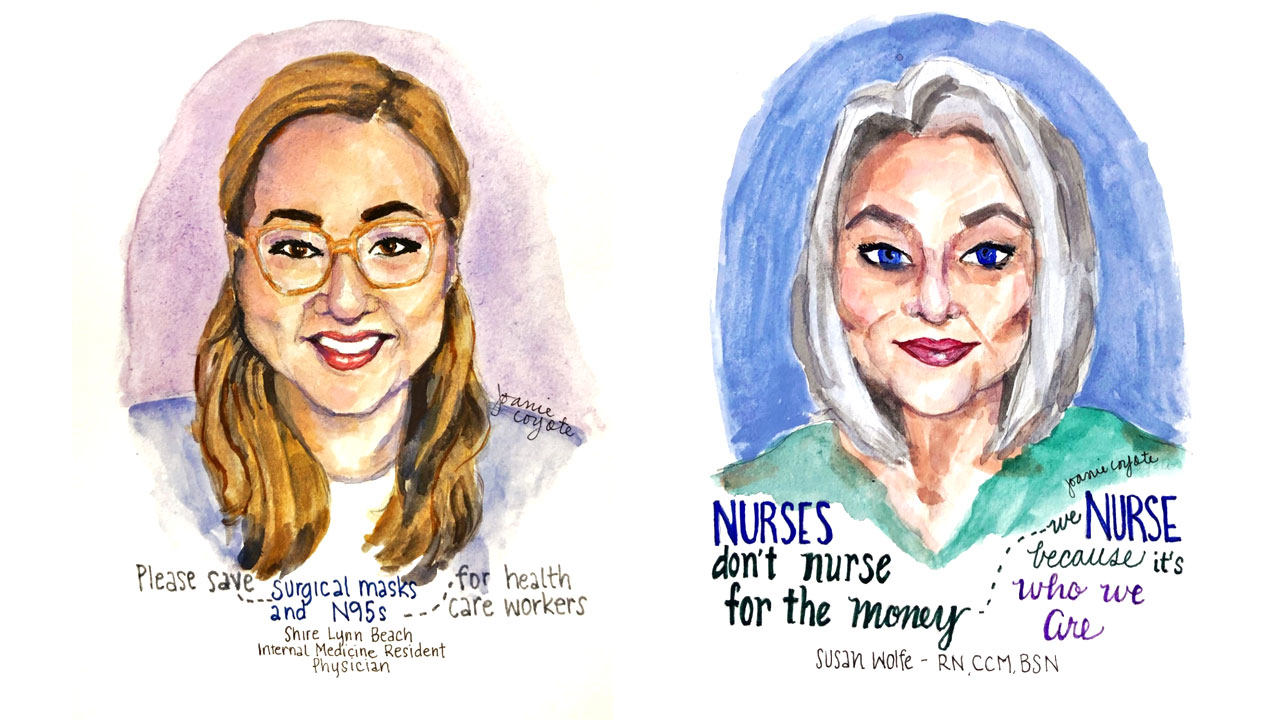 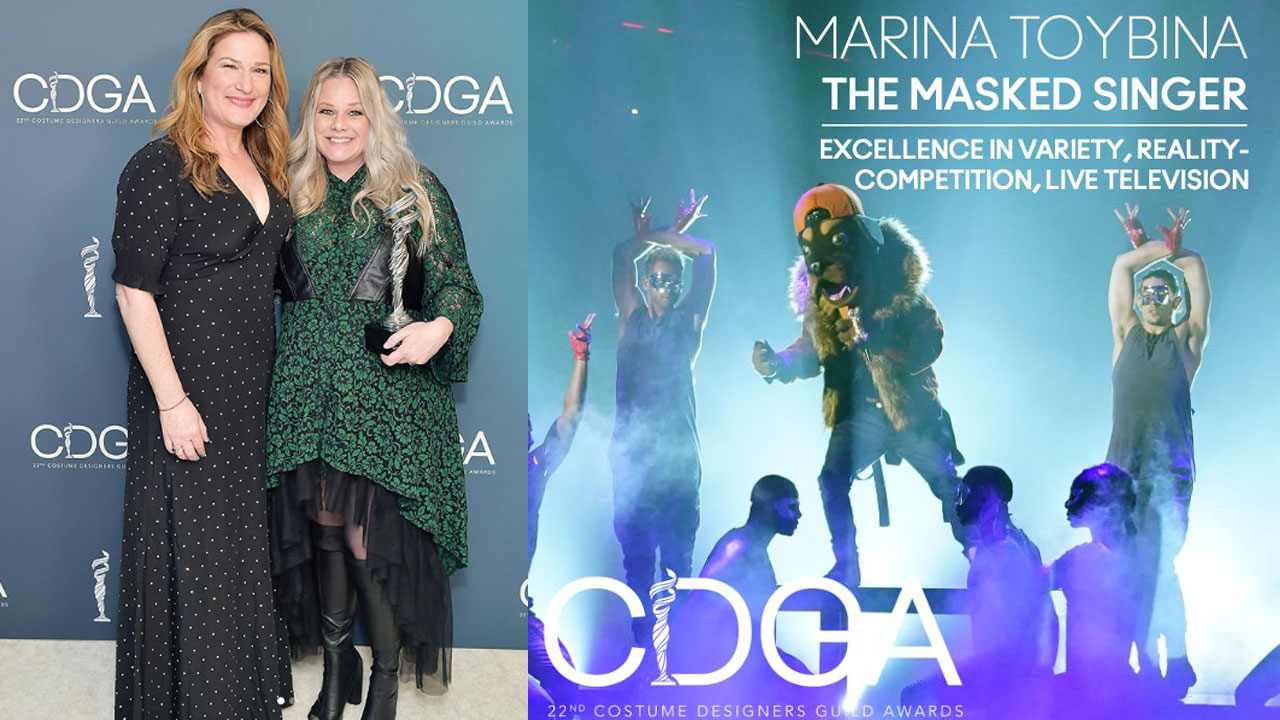 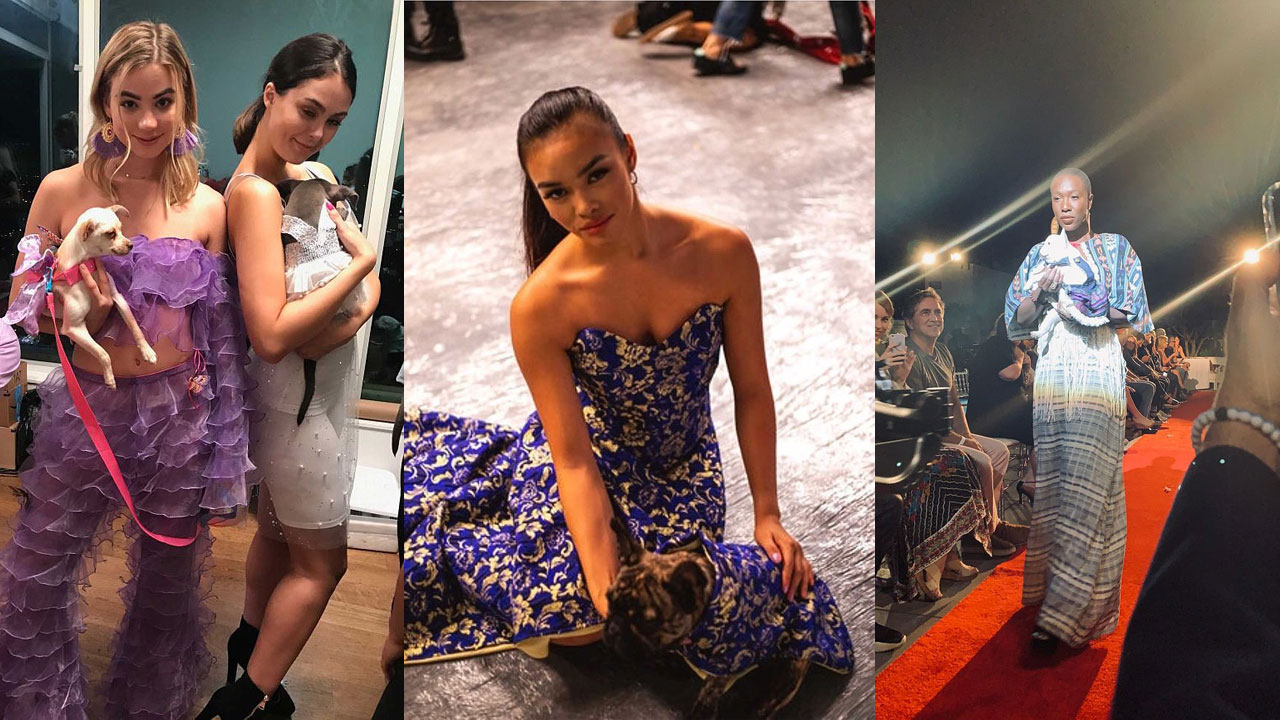 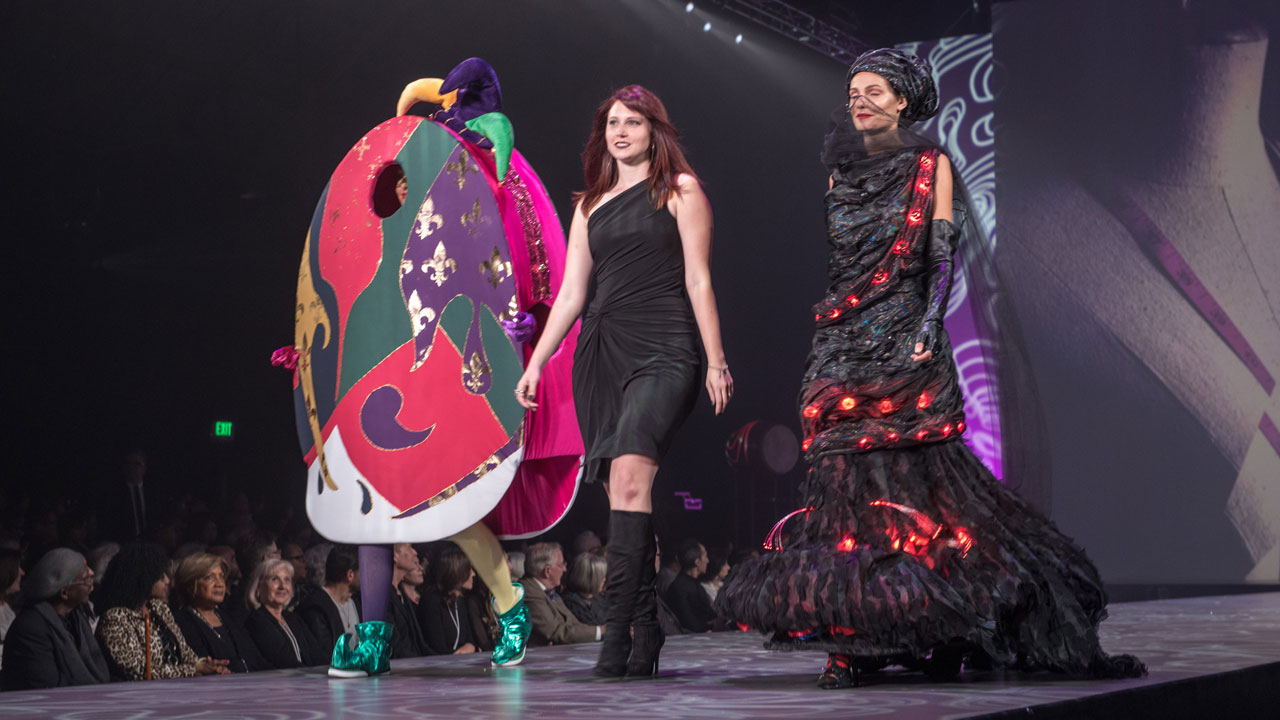