Fashion Design and Film & TV Costume Design Grad Lorelei Llee’s FIDM education, work experience, and passion for storytelling, costume design, and the history of the R.M.S. Titanic have all come together for her dream job as a Costume Designer, Content Developer, and Tour Guide for TITANIC: The Artifact Exhibition in Orlando, Florida, where guests can see more than 300 artifacts, costumed actors, and full-scale room recreations. “The education that I received and experienced from FIDM not only expanded my sewing portfolio that my Mom and Grandma had built the foundation for, but gave me the knowledge and the tools to be able to tell a story through a costume from sketch to screen and stage,” she said. We caught up with her to learn more about her journey.

Lorelei grew up in the suburbs of Chicago. When she was a theater student at Thornton Fractional South High School, her mother taught her to sew. And for the past 34 years, Lorelei has been studying the famous British passenger liner known for sinking after striking an iceberg on her maiden voyage, April 14, 1912. She first saw video footage of the ill-fated liner in 1987 on the Discovery Channel. Ten years later, when James Cameron's epic movie Titanic hit theaters, it changed her life. She was fifteen years old when she saw the film and she said she cried for three hours. It was then that something clicked for her. She thought, “I want to do that. I want to make costumes like that. I want to wear costumes like that.”

When TITANIC: The Artifact Exhibition came to Chicago in 1999, she was there. She remembers seeing a clarinet in the exhibit that belonged to a man named Howard Irwin. As a clarinet player herself, it made an impact on her. As legend goes, Howard was scheduled to sail on the R.M.S. Titanic, but never made it. His luggage, however, did. The story stayed with Lorelei.

She moved to California in 2001, and attended Cal State Fullerton for Theater and Music with an emphasis in Acting, and landed a job as the voice of Stitch, for Disneyland. She had a talent for performing.

It was when she moved to Santa Monica in 2003 that she learned about FIDM, as her roommate from Boston was a student and told her about her experience.

Wanting to break into the film industry, Lorelei started background work in film and television. She visited Marilyn Monroe’s grave in Westwood, where she said she asked her for guidance. On her way home, she was passing the Starbucks at 26th and Wilshire, stopped and went in. They were hiring. She took it as a sign and applied. It was November of 2003.

After working as a Starbucks barista for some time, she transferred to the Brentwood location at 26th and San Vicente, where she met celebrities who were Starbucks regulars, including Ewan McGregor, Arnold Schwarzenegger, Scott Foley, Michael Keaton, and Rene Zellweger, who she still fondly remembers as “salt of the earth.”

On her first day on the job at Starbucks, she met actress Kate Capshaw—whose standing order was an iced venti chai—when she walked in with her daughter. This would prove to be a key connection for Lorelei.

She auditioned to be a tour guide at Universal Studios in March of 2004, which at the time was a three-month process. As an aspiring actress, Lorelei successfully memorized the entire 61-page script in four days. She wanted that job! When she got it, she told everyone at Starbucks. Her Starbucks shift was 4:30 am - 10:00 am, and by 7:30 am, customer Kate Capshaw knew she got the job. As a Starbucks regular, Kate knew Lorelei’s story and she knew she was working toward getting her SAG card. February 11, 2005 turned out to be a pivotal day for the barista. It was that morning that Kate Capshaw came into Starbucks for her regular order and said to her, “Today’s your lucky day. How would you like to be in Steven [Spielberg]’s movie?” The movie was War of the Worlds.

When Lorelei got to the set, Steven Spielberg said, “I was told by my wife she discovered someone new so we have to help her out.” She spent three days on the set of War of the Worlds. She met costume designer Joanna Johstone and asked her, “What is the hardest part of your job?” Her reply? “Just because you can put pants on doesn’t mean you know how to costume design.”

It was Soundstage 25 at Universal and there was a crowd of onlookers wondering why Steven Spielberg called her over. He said to her, “Starbucks, it’s so nice to meet you. I hope this really helps you.” Her line, “Leave him alone,” qualified her for her SAG card. 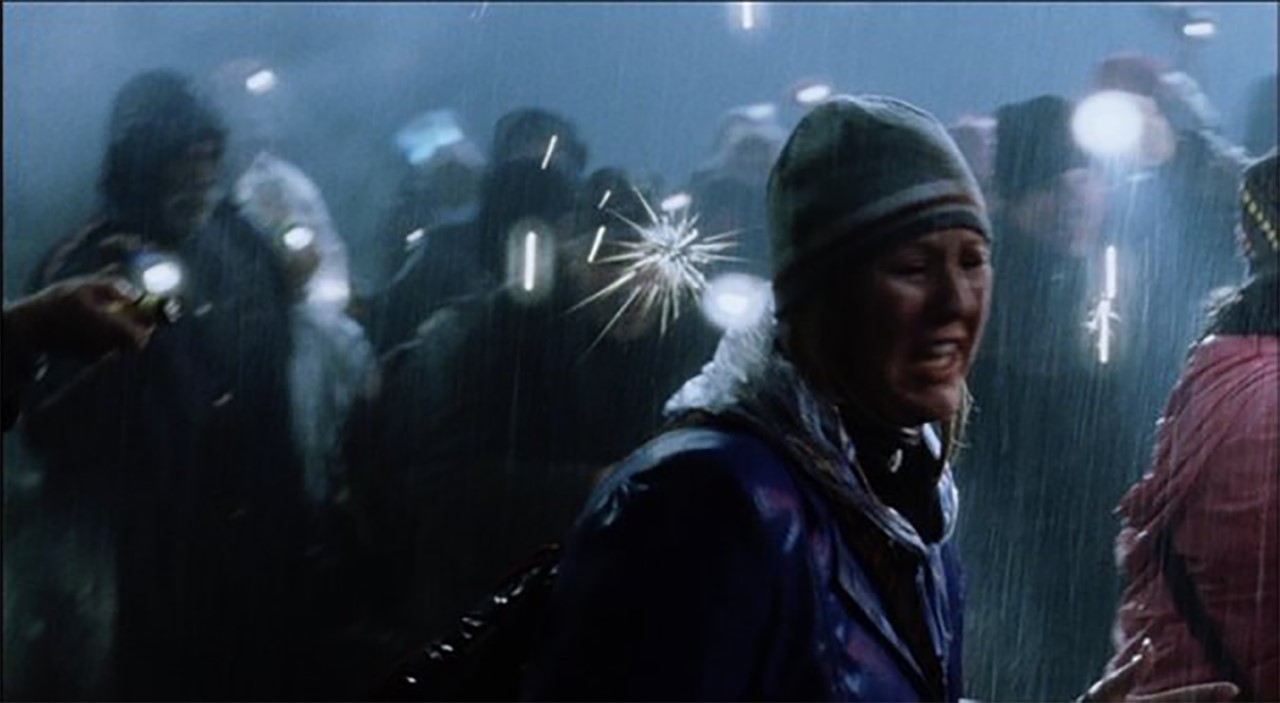 Even Actor Tom Cruise told her she did a great job that day.

Back at work at Starbucks, Lorelei shared her good news with customer and actress Rene Zellweger who encouraged her by telling her it was just the start.

She left Starbucks in 2006 for a position at Santa Monica BMW, making it to the top 25 in sales in the U.S., while continuing to make connections in the entertainment industry. Director Cameron Crowe came into the dealership one day and Lorelei remembered giving him and his family a VIP tour at Universal. She told him she was considering applying to FIDM, and he wrote her a letter of recommendation. The year was 2011.

Costume Designer Jacqueline West, another BMW customer, also wrote her a letter of recommendation for her FIDM application, and told her she would hire her after she graduated. She did. Lorelei was hired to work in the costume department on West’s film, Live By Night, where she put together all of the costume research and inspiration boards, and made a hat for actress Elle Fanning.

Lorelei graduated cum laude in 2014 from FIDM, and is grateful for her experience in the Fashion Design program. “Instructor Dawn Marie Forsyth is so inspirational—she really, really cares.” She took Critical Thinking and Effective Speaking with Rebecca Moore and said she was “an incredible teacher.” She remembers writing about her War of the Worlds story for her autobiographical speech assignment, and “How To Not Be Afraid of Car Shopping,” for her persuasive speech. On her last day, she delivered her informative speech and spoke for 40 minutes on the Titanic, a subject near and dear to her heart. She was so convincing and the content was so good, the class was moved to tears. This would foreshadow things to come for Lorelei.

By December of 2017, Lorelei decided she wanted to become a Titanic historian. She would have a slight detour working for Disney costuming in Florida before a visit to TITANIC: The Artifact Exhibition solidified things for her. It was January 2020. On her visit, she inquired about available positions. A month later, she was offered the job. She had exactly three days of work before the Covid-19 shutdown.

It wasn’t long though before she was back at work, making masks and doing what she’s always loved—speaking, acting, and costuming. Last year, the organization re-opened with the Titanic Dinner Gala show. “My career has led up to costume design for the Titanic,” Lorelei said. 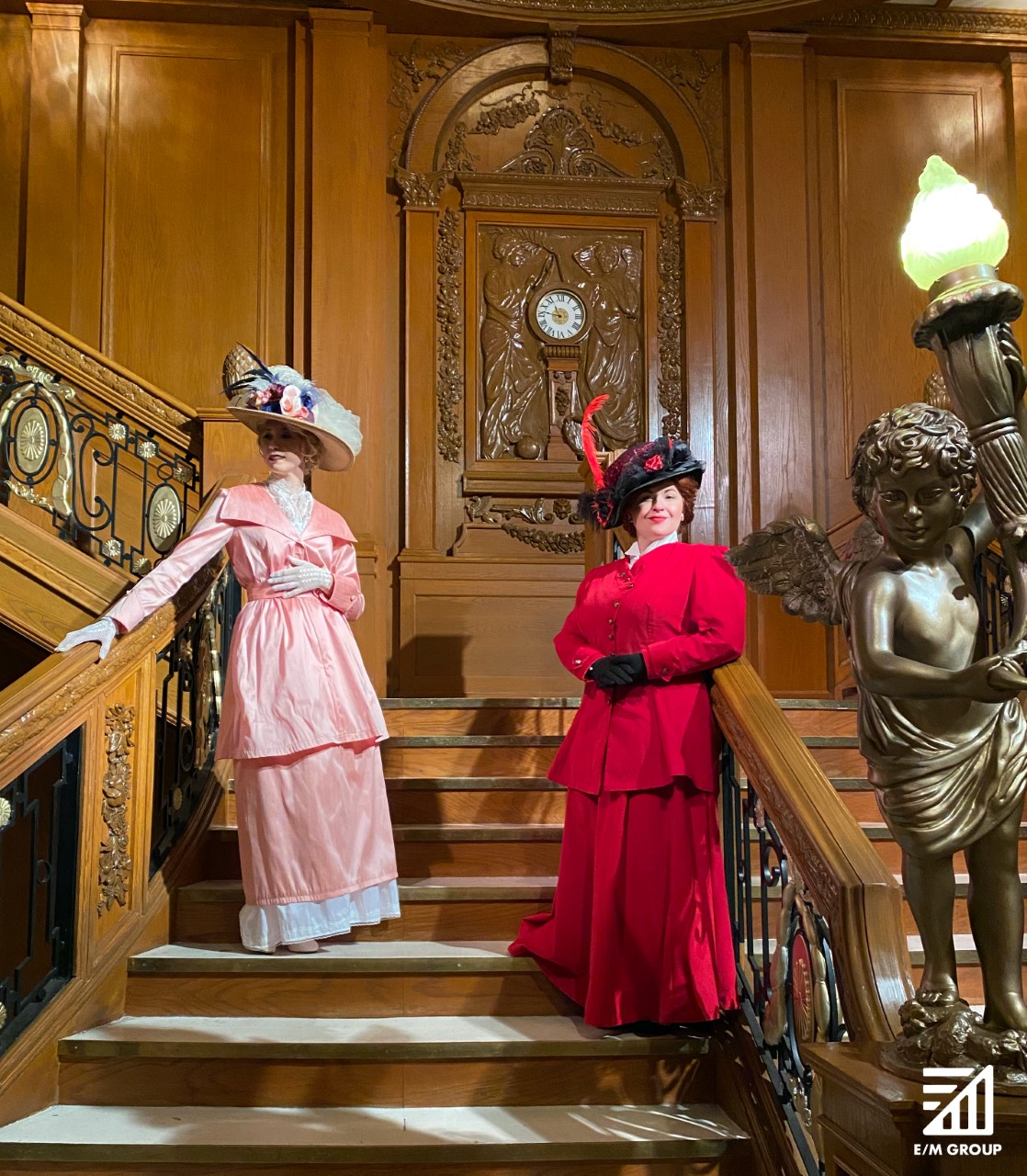 On April 14, 2022, the 110th anniversary of the sinking of the RMS Titanic, she made her debut with her Titanic costume designs for the dinner show. “I researched this my whole life,” she said. She even sourced buttons for the crew member’s jackets from the original button manufacturer, Waterbury Button Company in Connecticut. The backstory is that when the Titanic sailed in 1912, the 100-year-old Waterbury Button company was asked to make the buttons for the crew of the White Star Line on their double-breasted coats. And 85 years later, when the costumes for the movie Titanic were needed, Waterbury Button used the same dies to make buttons for actors portraying the ship’s crew.

In celebration of the anniversary, the museum hosted a panel discussion with world-class Titanic experts, and they asked Lorelei to speak on stage. In promotion of the event, Lorelei wrote 30 days of social media content for the museum. In her research, she spoke with the commander of the International Ice Patrol, an organization that launched in 1914 as a result of the sinking of the Titanic. They monitor the presence of icebergs in the North Atlantic Ocean and report their movements for safety purposes. 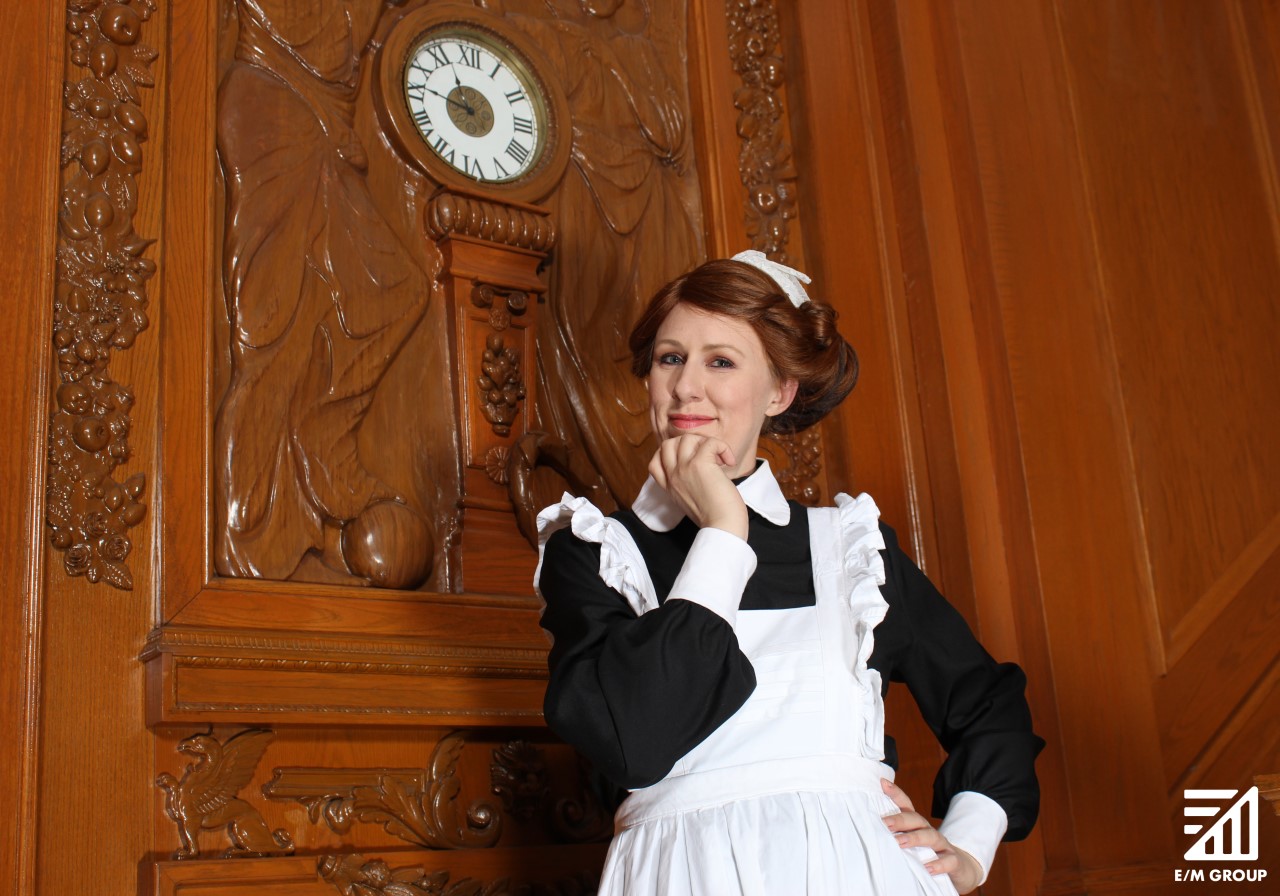 “In my content developer role, I recently appeared in the advertisement for our dinner show in the May 9, 2022 edition of Star as Stewardess Violet Jessop and have been writing the historical content for the Titanic articles in Star, Us Weekly, Men's Journal, In Touch, and Life & Style.“ she said.

At the museum she speaks to groups of guests, large and small, of all ages. “I love telling the Titanic story,” she said. “It’s a blessing to be a voice for those who are no longer here and to be able to share their stories with people from around the world, because for just one moment, it keeps their memories alive and hopefully be an inspiration to others of hope and survival.”

“Last week I was interviewed at Titanic for a reality show called Hit Me With Your Best Spot, produced by Hearst Television for their app Very Local and Orlando WESH Channel 2. A local celebrity is asked where their favorite tourist attractions or restaurants are in their hometown, and Titanic was named as a local favorite. It will be released in October!”

Lorelei’s story comes full circle at this point. That clarinet she saw in 1999 at the Museum of Science & Industry in Chicago? They’ve been reunited. The piece came into the museum last month.

Keep up with Lorelei Llee at thestorythreader.com. 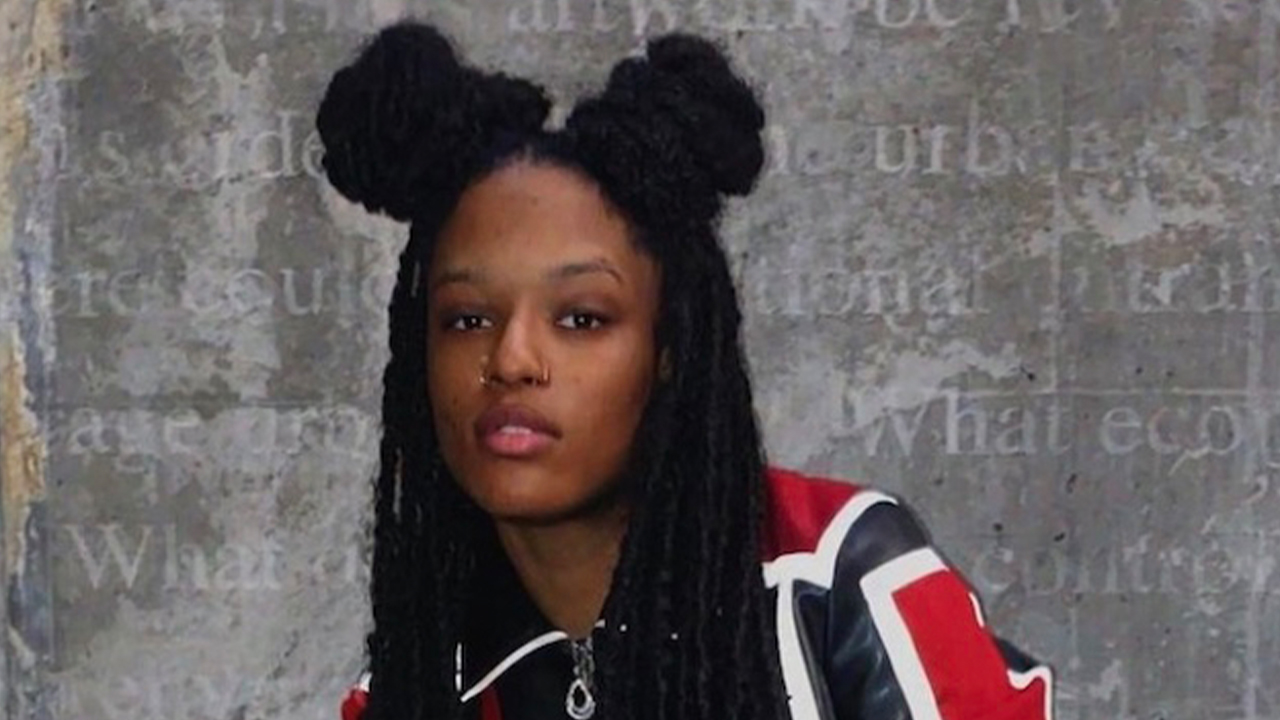 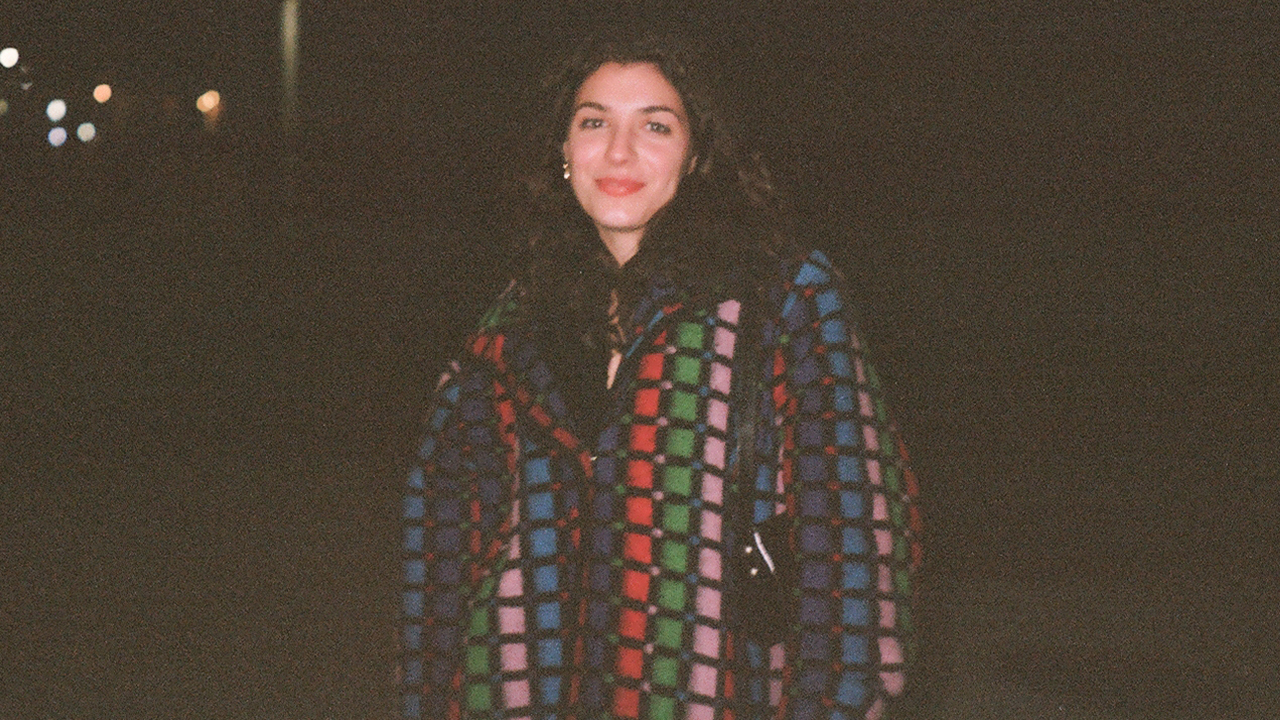 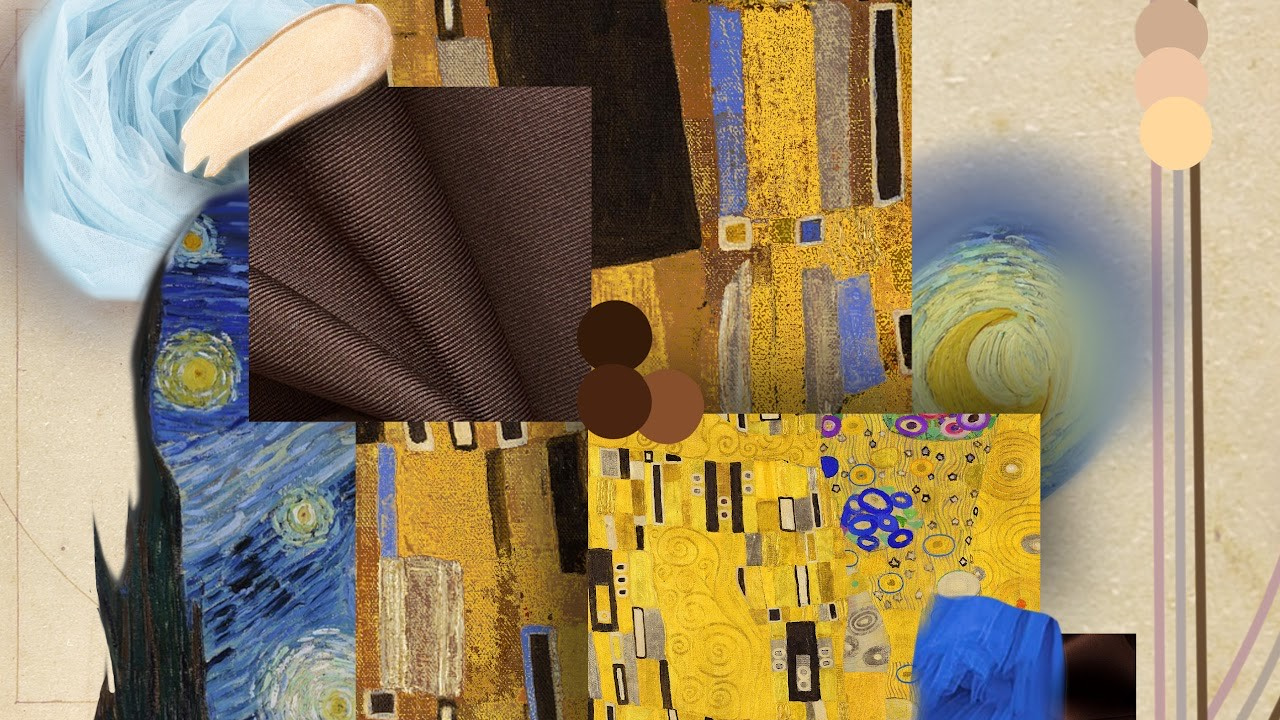 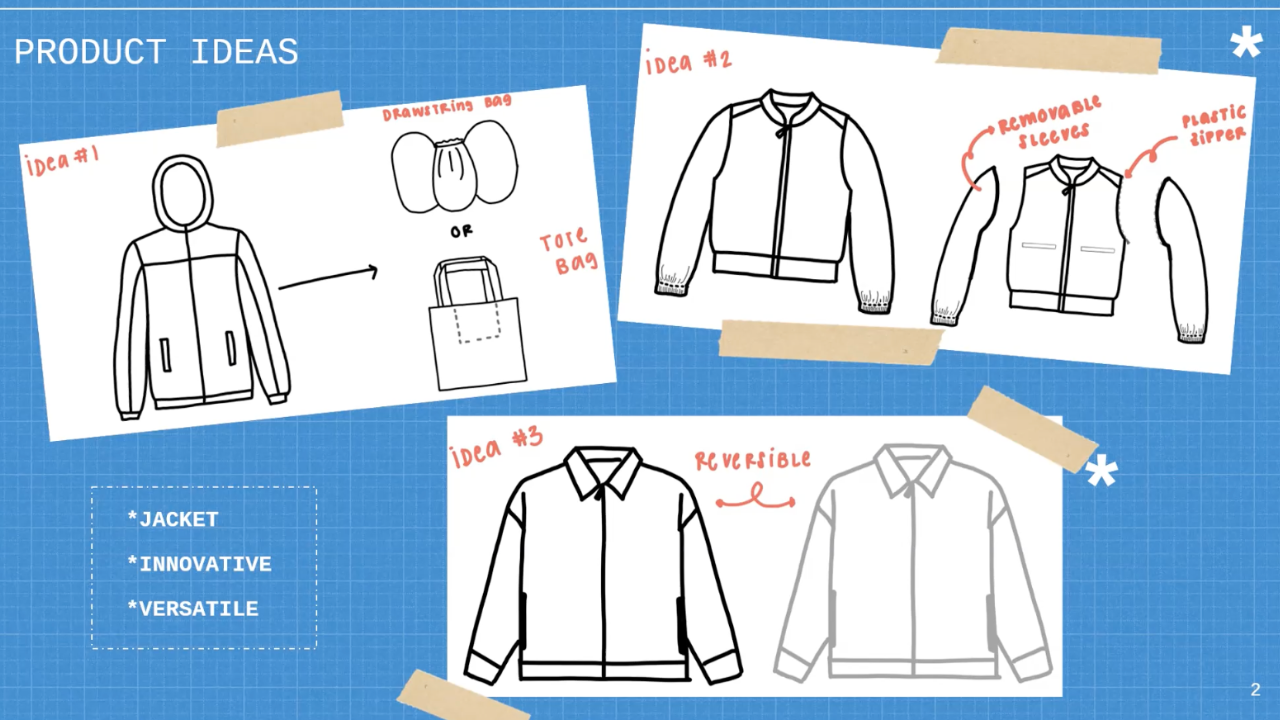