For news alerts, updates on the Fall 2022 Quarter, and the current COVID-19 policies, go here.

Alexander Novak graduated this year with his Creative Industry Studies, Fashion Design Core degree and he’s already competing in design competitions. In all of Los Angeles, he was selected as one of twelve designers to compete in streetwear brand Round Two’s Upcycled Design Competition that will be live streamed via Ezze Live on September 12, 2022. The winner will be invited to design an item in collaboration with Round Two Designs LLC and an affiliated company.

In the competition, the designers will be given four items to deconstruct and work with in order to design and create their upcycled piece. The items could be a T-shirt, jacket, hoodie, pants, or a tote bag. They’ll have two hours with their pieces to prep before the two-hour competition begins, at which point the live-streaming will commence and the designers will construct their garment.

Co-founded in 2013 by Sean Wotherspoon in Richmond, Virginia, Round Two is a shop that specializes in vintage clothing, and has expanded to LA, New York, Miami, and Chicago. The brand has since launched its own clothing label.

“The designer of one of the most popular sneakers of 2018, the Nike Air Max 97/1, Sean Wotherspoon is now one of the most famous sneakerheads on the planet,” according to Highsnobiety. “His Air Max 97/1 is highly sought-after.” Wotherspoon and his business partner Chris Russow developed their own YouTube show in 2015 to showcase and wear the rare sneakers they collected. In 2020, Wotherspoon started collaborating with Adidas.

Alexander has been a skateboarder since he was four years old and used to watch Wotherspoon’s YouTube channel when he was in high school. “This is very full circle for me,” he said. In promotion of the Round Two design competition, Alexander has been invited to participate in a customization lab at a special event on Saturday, September 3, 2022, 12-6:00 PM at 908 N Fairfax Avenue in West Hollywood, where Wotherspoon will be a special guest. Attendees will receive free t-shirts provided by Ezze Live while supplies last, plus more. For more information follow Ezze Live and Round Two on Instagram @ezzelive and @roundtwovintage.

Born and raised in Chicago, Illinois, where he attended Grayslake Central High School, Alexander has been a creative artist for as long as he can remember, and has painted and sketched since he was a child, winning awards for his art. He attended University of Iowa where he studied Art History and Psychology. He took every creative elective possible, from Creative Writing and Photography, to Digital Design. He then moved to Los Angeles to attend FIDM’s Creative Industry Studies program, with a core in Fashion Design.

He credits his uncle, Chicago pottery artist Justin Hart, with inspiring his creativity. His uncle once designed an upcycled bicycle and collaborated with Alexander to come up with the color scheme and paint it. As a student at FIDM, Alexander attended LA Fashion Week where he met Cole Moscaret, an Advanced Study Fashion Design student at FIDM. They decided to collaborate and Alexander created an upcycled handbag design, under his label Aleno and highlighted this week on FIDM’s Instagram, that was featured with Cole’s collection in FIDM’s DEBUT 2022 Runway Show, streamed on August 18, 2022. Alexander focuses his designs on sustainability, streetwear, and high fashion, and designs with social responsibility and environmental awareness at the forefront. His overall goal is to work with creative individuals who value the different mediums of the arts. The global language of fashion is one of many art forms Alexander is discovering. “Sitting at the sewing machine, fashion allows me to create the story through and through,” he says. “It’s equally as impactful as sitting and talking with someone.” 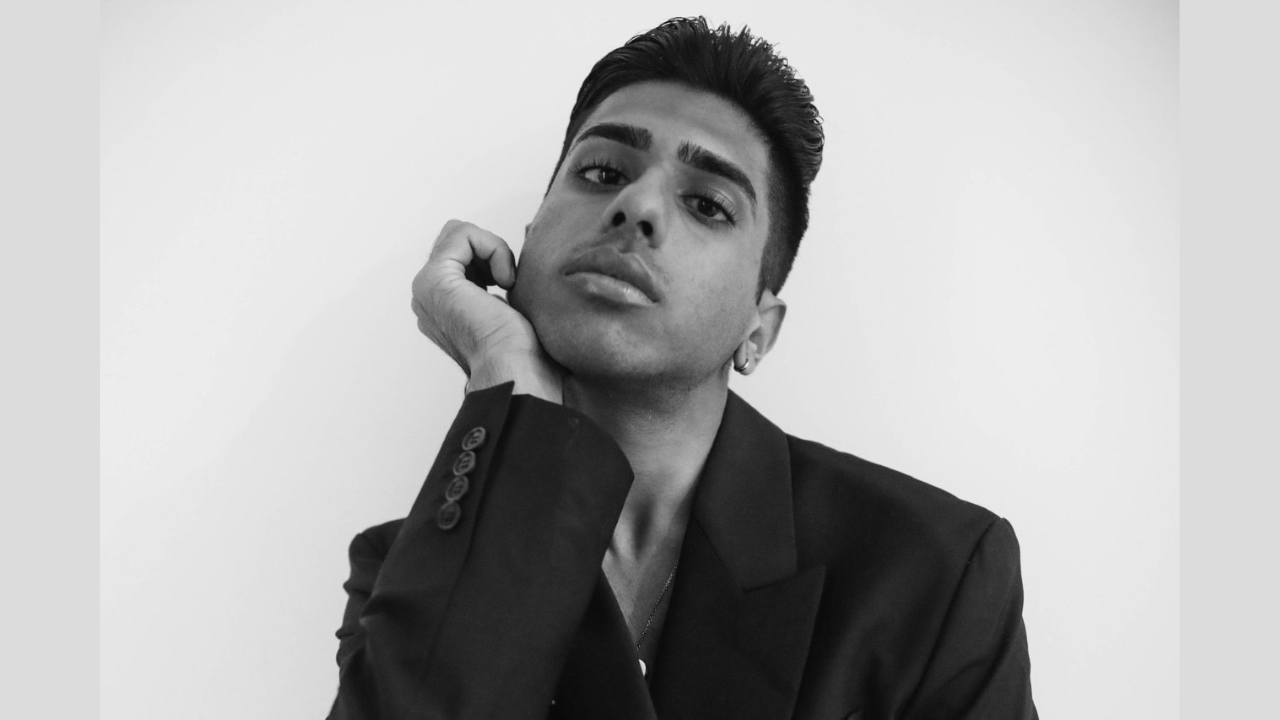 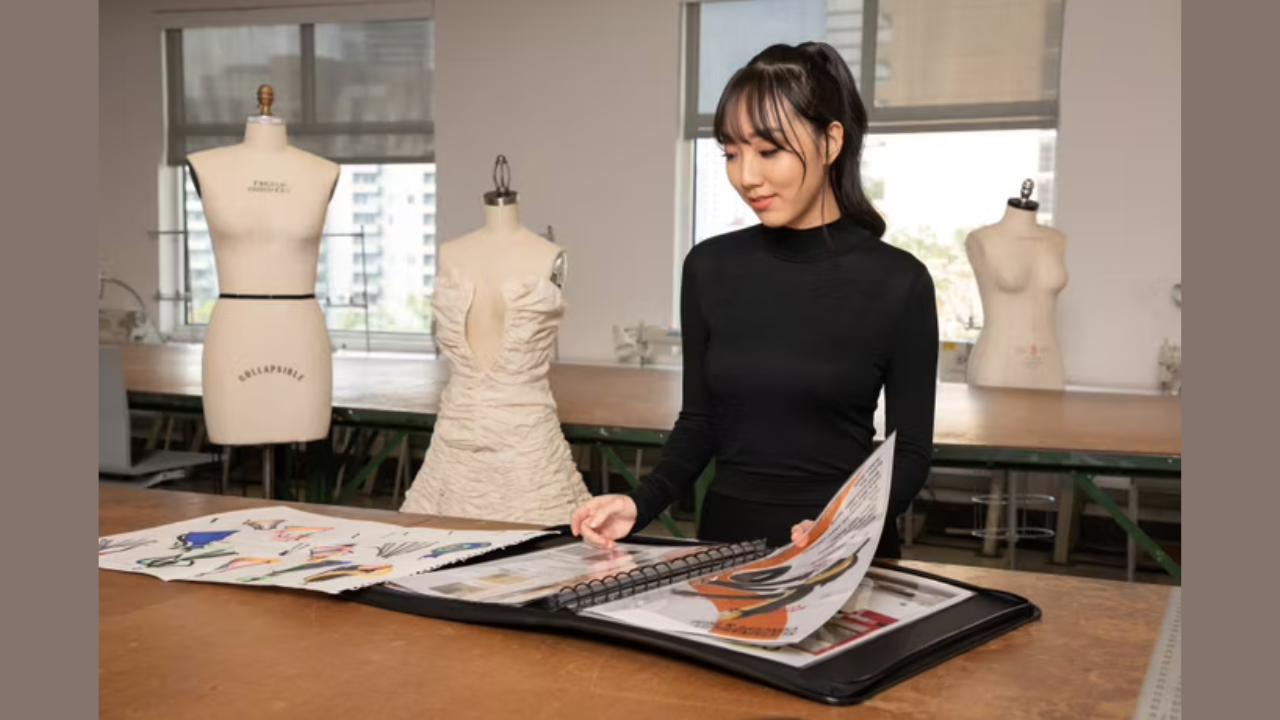 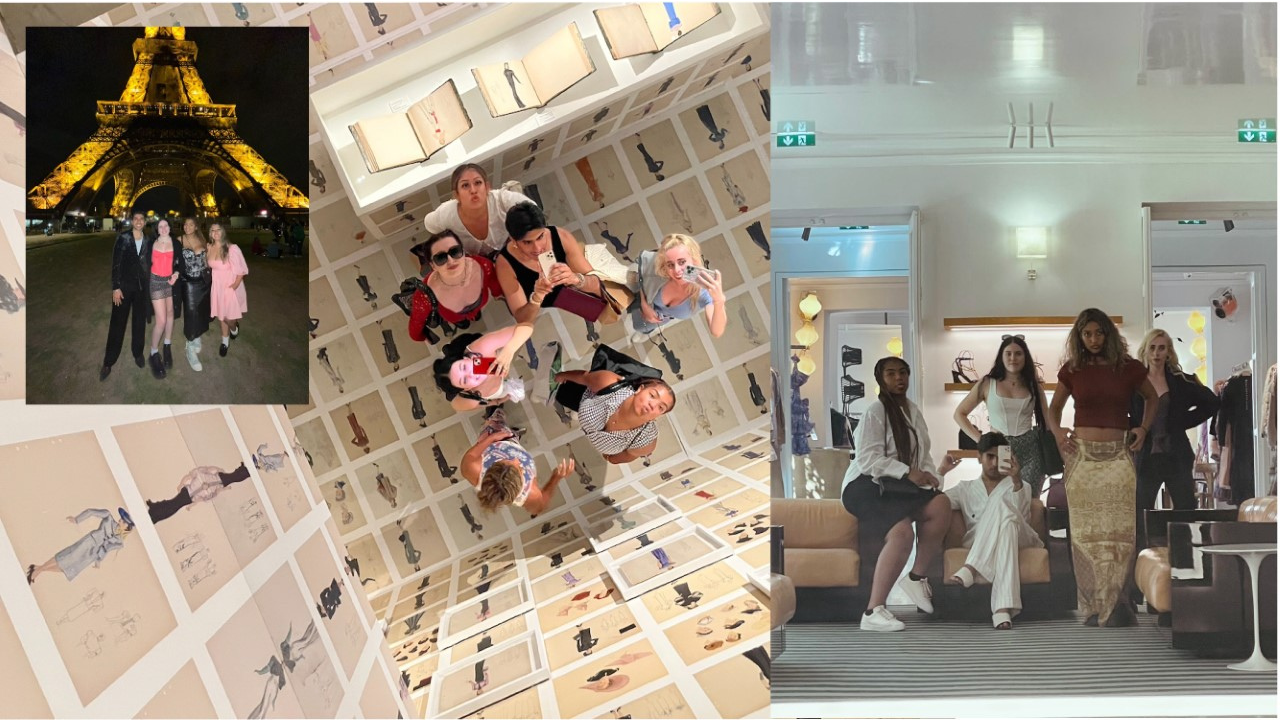 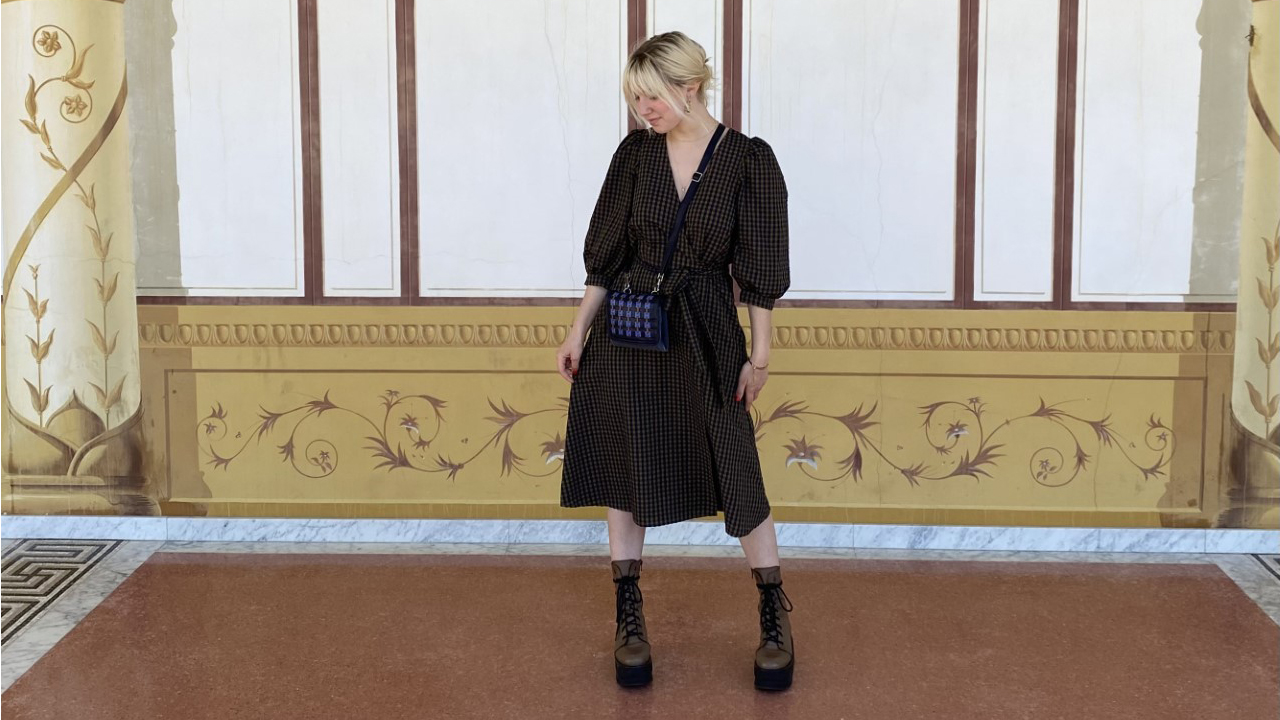 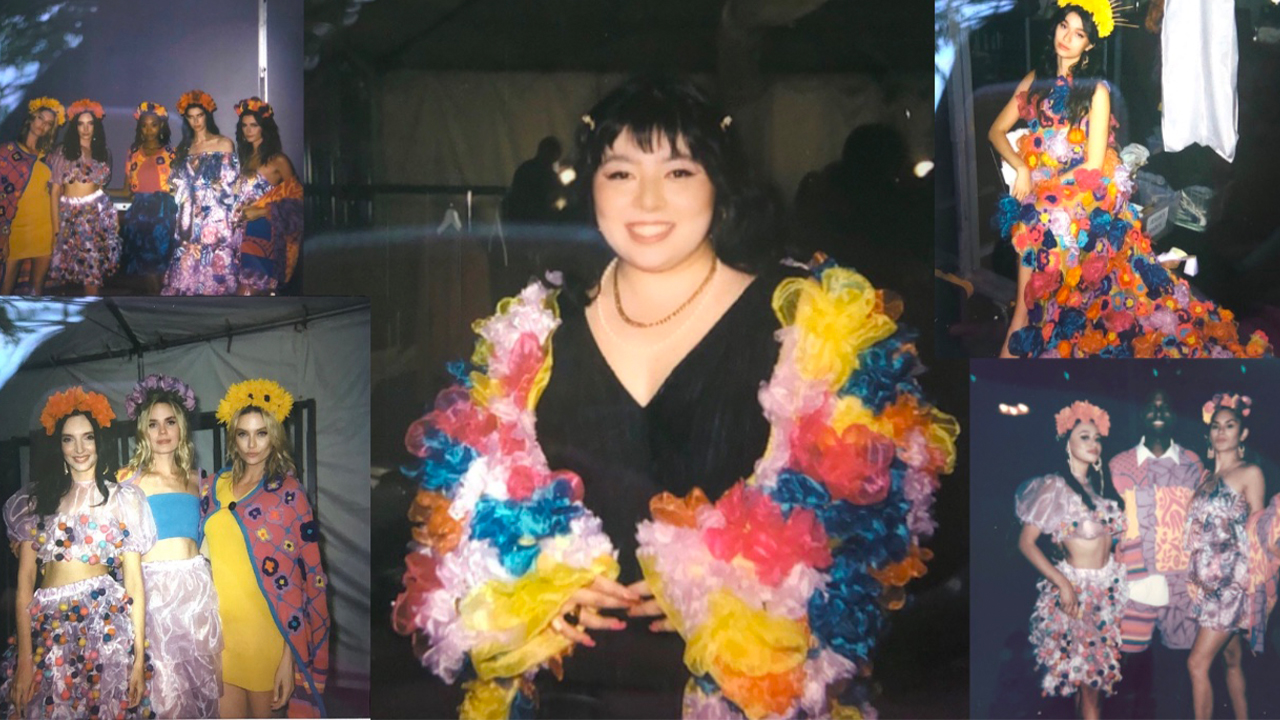