How did you come to study Digital Media at FIDM? My dad teaches Graphic Design at FIDM. After I finished my bachelor’s in Theater from Cal State Fullerton, he suggested FIDM’s somewhat newer Digital Media Program as a continuation of [my] education. It really spoke to me because I was fast with computers, a creative at heart, and a natural storyteller. So it fulfilled a lot of my passions.

Did you work while studying at FIDM? For a while, I worked as the Lab Assistant for the Digital Media department. I was able to work on my projects during lab hours and help students with their homework. It was really helpful to troubleshoot issues with students because I always ended up learning something new. I also helped produce a web-based reality show for FIDM called Living the FIDM Life. One of my fellow students, Melissa Wong, and I sort of made a show-within-a-show about making a reality show as two former Digital Media students.

What were some highlights of your time at FIDM? I loved how fast everything moved in the classes. The teachers were there to help us learn professional and practical ways to move through a workflow. I was able to work on a short documentary—something I would have never known I had a passion for. Gene and Paige always pushed the idea of cadence in editing and that’s something I still push to this day. When I’ve studied under professional editors, and when I work with newer editors, cadence remains paramount.

Tell us about your path at Pongo over the last 10 years. I had a lot of experience as a novice editor, motion graphics, and production person, but not enough to really place me in a position in the professional world. So, I contacted my friend at Pongo and asked for an entry-level position. Luckily, they were looking for a receptionist and I was hired. I would constantly volunteer myself for anything they needed, from digitizing footage and transcribing to making slates in Photoshop or formatting scripts for voice over recordings.

I think I really proved myself when, still a receptionist, I was able to suggest a music cue for a Shark Week promotion we were doing. Nat Geo wanted something cutting edge for their Shark Week. As a huge Lady Gaga fan, I knew she had a song called “Teeth” that would be perfect. The spot was a huge hit for the network and earned a write-up in Entertainment Weekly for its musical prowess.

After some time, I was promoted to Production Coordinator, then to Project Manager, where I managed all timelines, staff, and projects. After that, I was able to try my hand at writing and producing, then editing. It just seemed natural to move into a Creative Director position. As for the Presidency, I’ve been fortunate enough to work with CEO and Owner Tom McGough, so that he and I can come together and discover what’s next on the horizon for Pongo.

How does it feel to be appointed President and Creative Director? I feel very lucky to have this opportunity, but I also believe that hard work has gotten me here. I’ve worked countless overtime hours and made doing a great job my personal mission. Being in client service means that client has to be happy and always wants to come back to Pongo.

What is your day-to-day like in this new role? I could be looking at rough cuts that are going out to clients, giving notes and approving graphics. I work directly with our Project Manager to make sure she’s got her schedules sorted and help in any way I can. I’m still one of the main contacts to all of our clients. I approve budgets and work with our Head of Operations to stay on top of all accounting matters. I also work with the owner to keep Pongo moving forward.

We hear you've worked with FIDM Grads and Students at Pongo. I currently have a FIDM Alum working for me as my Project Manager. Last year, I took on three interns from the Digital Media Program. Liz Ceja was the one who really proved herself and she has now been working for me for almost a year. Another one of the other interns should be coming back after she went back home for a while.

What advice would you share with current students or recent grads looking for jobs? I think it’s crucial to recognize your strengths and talents along with your level of experience. When I started looking for a job, I kept saying I was an “editor” or a “graphic designer,” but I didn’t have years of experience to back up that job title. When people are hiring, they’re looking at your amount of experience against the job you’re applying for. You’ve got to get your foot in the door at a place where you can rise. It will be worth it in the long run to put in your time, build your resume, and learn from the professionals around you. Once you’re in the door, commit to that job. I can’t express that enough. 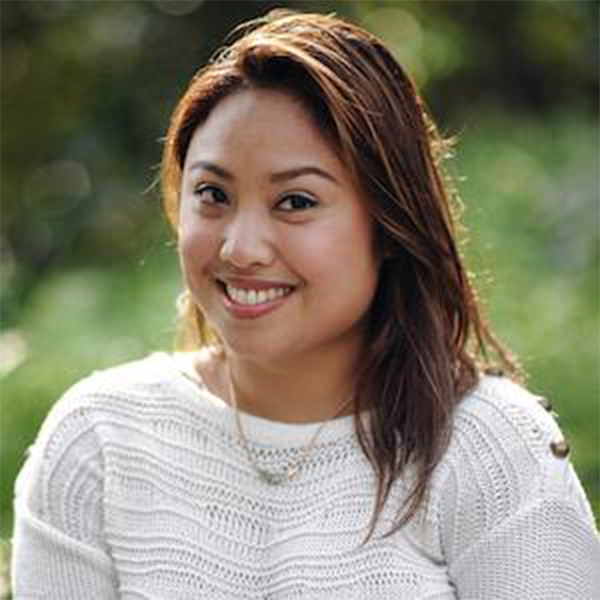